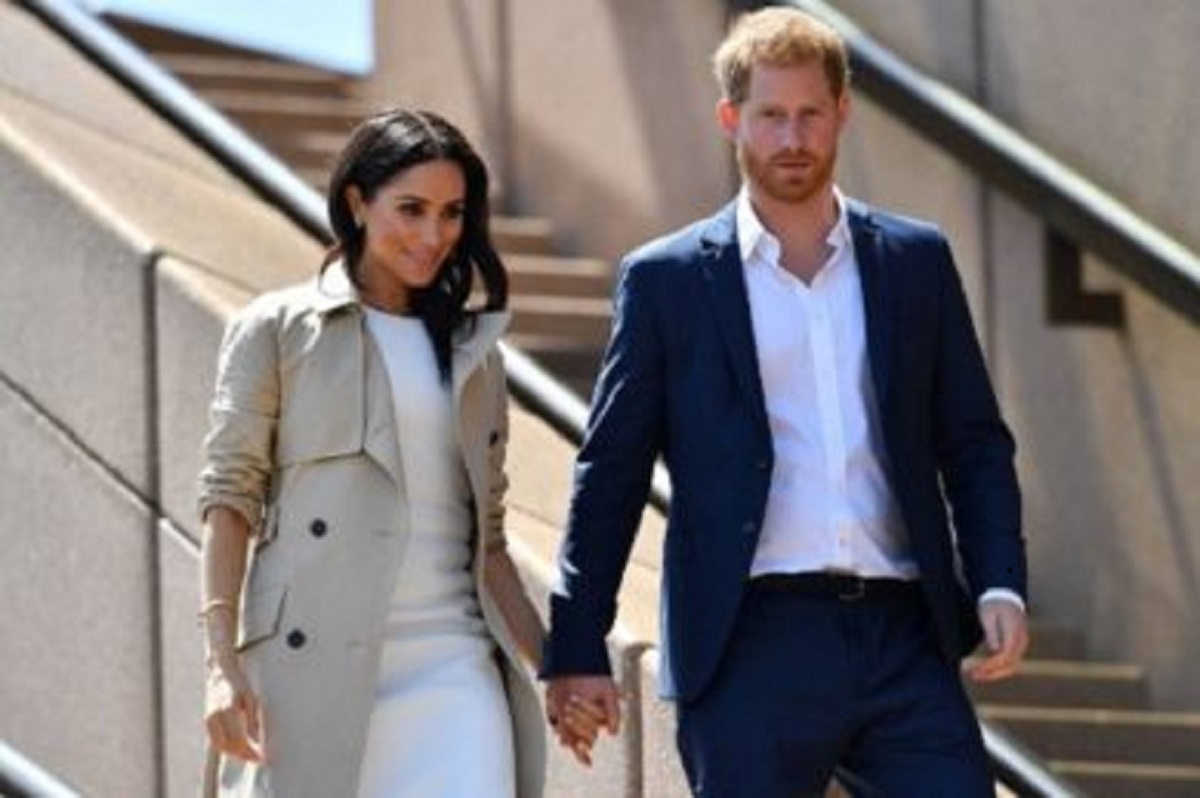 Philip, the longest serving royal consort in British history, died peacefully in the morning at Windsor Castle, west of London.

The foundation updated the archewell.com website so that it just displayed a single message without any drop-down menus or links to other pages.

“In Loving Memory of His Royal Highness, The Duke of Edinburgh, 1921-2021,” read the message in white on a dark background.

“Thank you for your service… You will be greatly missed,” it added.

Philip, the longest serving royal consort in British history, died peacefully in the morning at Windsor Castle, west of London, Buckingham Palace said in a statement.

His death immediately fueled speculation about when Harry might return to Britain for his grandfather’s funeral and whether Meghan, pregnant with their second child, would join him.

The couple, also known as the Duke and Duchess of Sussex, live in Los Angeles following their decision to quit frontline royal duties early last year.

They have yet to publicly say whether they will attend the funeral. If they do, it would mark their first return to Britain since their explosive interview with US talk show superstar Oprah Winfrey last month.

During the two-hour sit-down, viewed by more than 17 million people in the US and over 11 million in Britain, Harry and Meghan said racism had played a part in them quitting the UK for North America.

The couple said a senior royal had speculated how dark their child’s skin would be before he was born. Meghan’s mother is black and her father is white.

The sensational claim set off a whirl of speculation about who might have said it. Neither the queen, now 94, nor Philip, made the racist comment, Winfrey later told CBS.

Harry, 36, and Meghan 39, accused newspapers of racial stereotyping, particularly set against coverage of Harry’s sister-in-law, Kate, who is white.

The bombshell interview triggered the royal family’s biggest crisis since Harry’s mother, Princess Diana, died in a car crash in 1997.

It also raised questions about what kind of reception Harry and Meghan might get from his family when they return to Britain.

Meghan is due to give birth to a girl this summer, perhaps complicating travel to Britain. They may also be subject to Covid-testing and quarantine rules although they could be considered exempt.

Prince Harry was said to have a good relationship with his grandparents. He told talk show host James Corden earlier this year that he had Zoomed with Queen Elizabeth II and Philip since moving to the United States so they could see their great-grandson Archie.