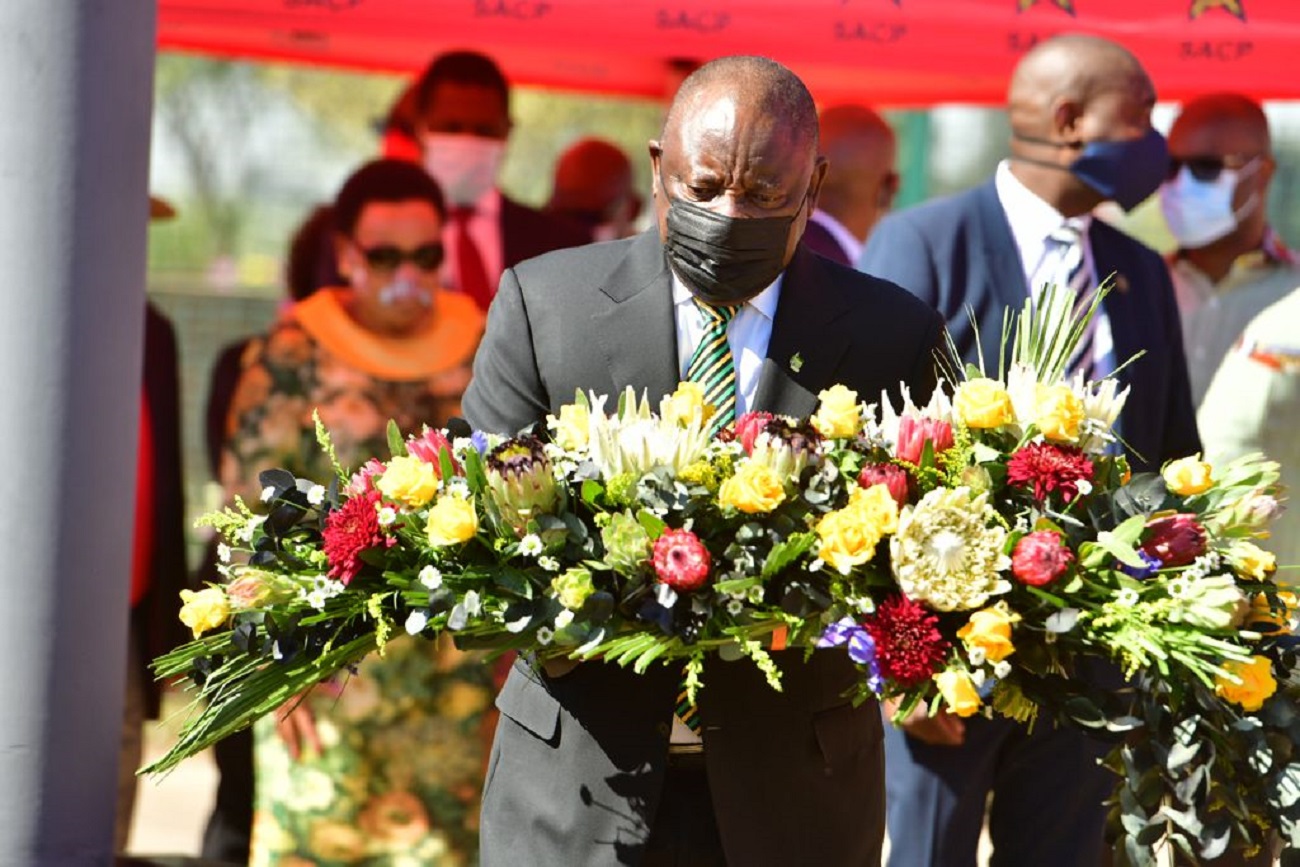 The president laid a wreath at the Thomas Titus Nkob Memorial Park in Ekurhuleni as part of the country’s annual ceremony.

President Cyril Ramaphosa hailed Chris Hani, describing him as a “nation builder” and a “champion of non-racialism”.

Ramaphosa was speaking in Ekurhuleni at the 28th annual commemoration of Hani on Saturday.

The President laid a wreath at the Thomas Titus Nkob Memorial Park in Ekurhuleni as part of the country’s annual ceremony.

“Comrade Chris was a unifier. But above anything else, he was a nation builder. Even as a communist, he was the quintessential nation builder. He was a champion of non-racialism. He put the interests of the people above his own.

“He was one of those comrades who was original. He was always clear, forthright, honest and articulate. He did so precisely so that we can correct our errors,” he said.

Ramaphosa praised Hani for always advocating for unity and urged African National Congress (ANC) to follow in the his footsteps.

He further went on to say: “Without a doubt one of the most extraordinary of our revolution comrades. Comrade Chris Hani was one those comrades you liked immediately as you meet him, that is what happened when I met him.”

Meanwhile, acting Gauteng Premier Panyaza Lesufi has criticised the killing of Hani, saying it almost led to a civil war.

“Our commitment to a truly non-racial South Africa was seriously tested when they took our beloved leader, comrade Chris Hani, from us,” said Lesufi.

Hani, born Martin Thembisile Hani, was murdered at the age of 51 on 10 April 1993. At the time, he was the general-secretary of the South African Communist Party, and a member of the ANC’s national executive committee.

He was previously chief of staff of the uMkhonto we Sizwe.

Hani met his untimely end when he was gunned down by Polish-born Janusz Walus in the driveway of his home in Boksburg in April 1993, a year before South Africa’s first democratic elections.

Walus was initially sentenced to death but this was later converted to a life sentence after capital punishment was abolished.