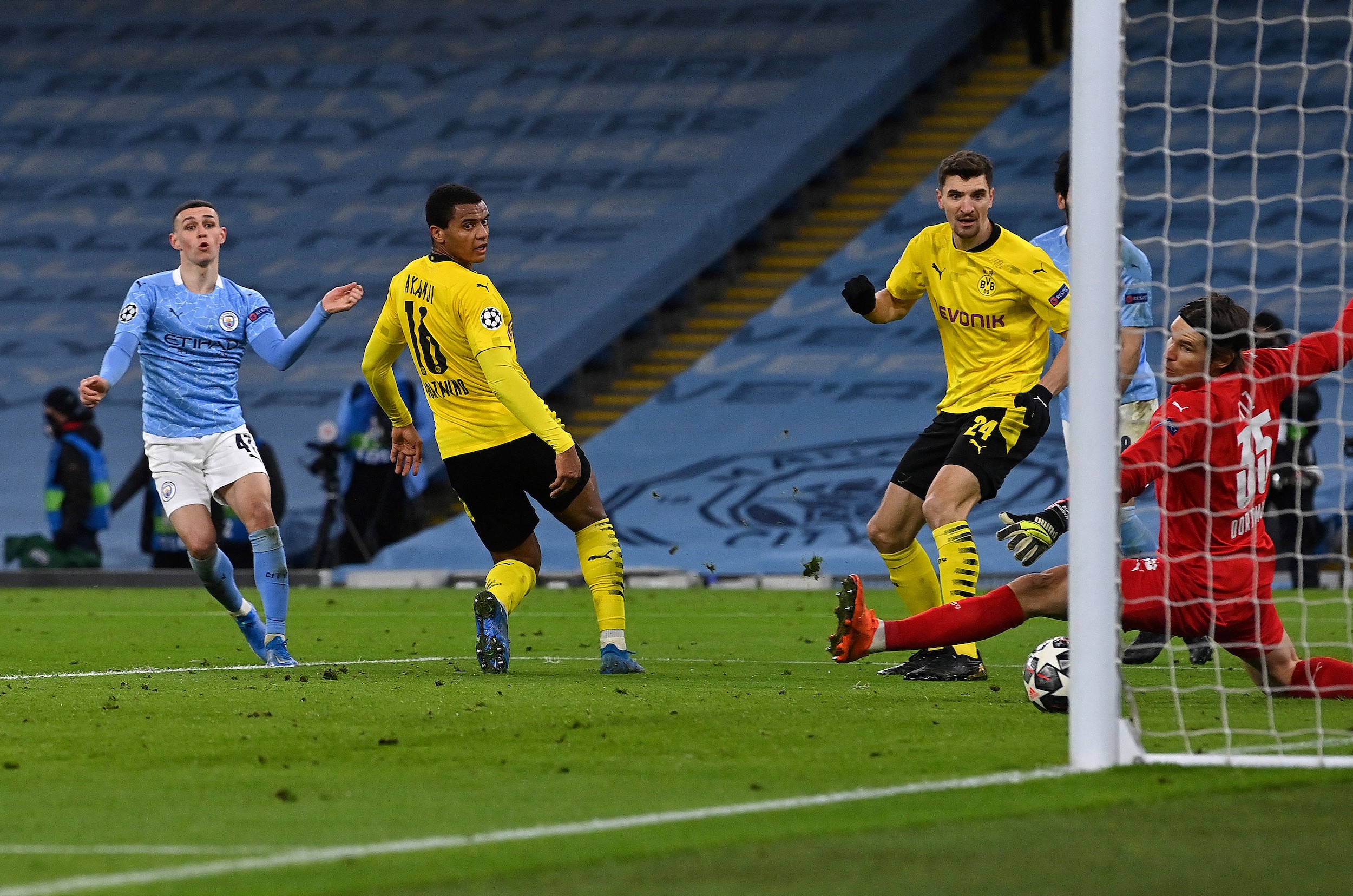 Pep Guardiola said Manchester City “felt the pressure” of expectancy in the Champions League as they needed Phil Foden’s 90th minute winner to take a slender 2-1 lead from the first leg of their quarter-final tie against Borussia Dortmund on Tuesday.

City have now won 27 of their last 28 games in all competitions to remain on course for a historic quadruple of Champions League, Premier League, FA Cup and League Cup.

But they have failed to get beyond the last eight in the Champions League in each of the Guardiola’s four previous seasons in charge.

“We felt the pressure today, in this competition, at home, not knowing how we would react,” said Guardiola.

The sides will meet again in Germany on April 14 with the winners facing Bayern Munich or Paris Saint-Germain in the last four.
Dortmund are at serious risk of missing out on the Champions League next season after slipping seven points adrift of the top four in the Bundesliga.

However, the visitors started brightly until Emre Can gifted the ball away to Riyad Mahrez and City launched a ruthless counter-attack.

City thought they had a great chance to double their advantage moments later when Rodrigo went down under Can’s challenge inside the area and referee Ovidiu Hategan pointed to the penalty spot.

Hategan, though, rightly overturned his call on a VAR review in the first of a number of dubious decisions from the Romanian official.

His next big call ruled out a Dortmund goal when he adjudged Jude Bellingham to have fouled Ederson as he dispossessed the Brazilian and tapped into an empty net just before half-time.

This time VAR could not intervene as Hategan had blown before Bellingham rolled the ball home.

“I definitely think I won the ball fairly,” said the England international. “It’s a bit frustrating at a time when they have so many cameras, they don’t let me put the ball in the net and check it.”

– Haaland more than a goalscorer –

Erling Haaland was the focus of much of the pre-match hype with City one of a number of clubs interested in the Norwegian wonder kid.

The 20-year-old had failed to score in just two of his previous 14 Champions League appearances, but he spurned his one big chance to net early in the second-half.

Haaland showed great strength and pace to outmuscle and outsprint Ruben Dias, but could not lift the ball over the advancing Ederson.

De Bruyne was at the heart of all of City’s most dangerous moments as Foden should have done better than fire too close to Marwin Hitz with the goal gaping.

The City captain then sent a low shot inches wide before once more picking out Foden, who saw another effort beaten away by Hitz.

However, City were then hit with a sucker punch as Haaland showed he is more than just a goalscorer.

His brilliant reverse ball released Marco Reus to fire beyond Ederson in what seemed a sting in the tale six minutes from time.

But Dortmund could not hold out in the closing stages as City pushed for a winner.

De Bruyne was the creator again as his cross found Ilkay Gundogan at the back post and his cut-back was swept home by a relieved Foden.