Quartararo holds off Zarco to win Doha MotoGP – The Citizen 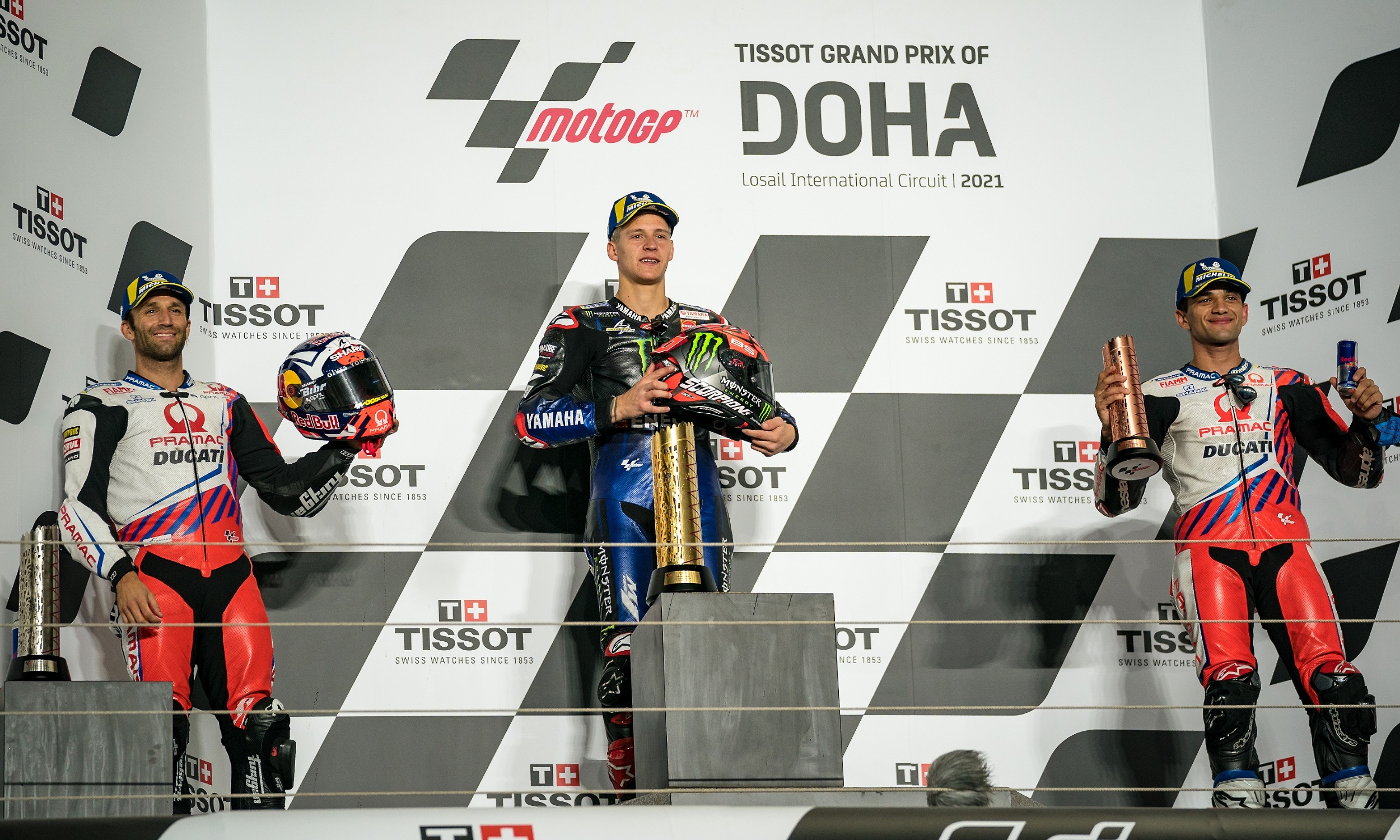 Spanish rookie Jorge Martin, the teammate of Zarco, was third after starting the race on pole position.

It was the first time two French riders had been on the podium in the sport’s elite class since 1954 when Pierre Monneret won and Jacques Collot was third on home soil in Reims.

Quartararo joked modestly that he “will enjoy the moment with a nice McDonald’s tonight” following his win.

“I came from eighth, the pace and track were totally different from the fourth practice and warm-up.

“I always dreamed to win in Qatar, unfortunately I was not the first (this season).”

Zarco’s second-place finish was enough to put him on top of the world championship after two rounds.

He has 40 points with Quartararo in second, just four points behind.

“I was pretty happy that Jorge (Martin) took the pace, after half a race he had the pace — but I was still able to stay behind him,” Zarco said.

“He was so clean in the style. It was this situation in four laps to the end, Fabio came in the right place to overtake Jorge.

“I tried to overtake Fabio but I could not pass him.

“I’m so happy for both of them — victory of a French rider and podium for a teammate.”

Spain’s Alex Rins, on a Suzuki, and Yamaha’s Maverick Vinales, the winner of the season-opening Qatar MotoGP on the same Losail track last week, filled out the top five. Vinales had an eventful race after a poor start and his frustration was visible after the chequered flag fell.

Valentino Rossi, the seven-time MotoGP world champion, was 16th on the Yamaha-SRT, after starting in 21st place, the Italian’s worst ever qualifying performance.

Miller had a second ninth-place finish in as many weeks despite a strong showing in free practice, with a bump with Mir dominating his race.

The two exchanged words heatedly for the duration of the subsequent straight.

Martin was visibly delighted with the result, describing it as “a difficult race — I am a rookie!”.

“I think I did a really mature race. The passing was so difficult, if it was another rider (than Zarco) I would have taken him back for sure.

Britain’s Sam Lowes won his second Moto2 race in Qatar in as many weeks.

“The wind was there so it was easy to stay behind but when I got to the front it was hard to pull away because of the wind,” Lowes said.

Spanish teenager Pedro Acosta defied the odds to win the Moto3 race after starting in the pit lane following a penalty.

He beat Darryn Binder into second place and leads the South African by nine points in the early riders’ standings.