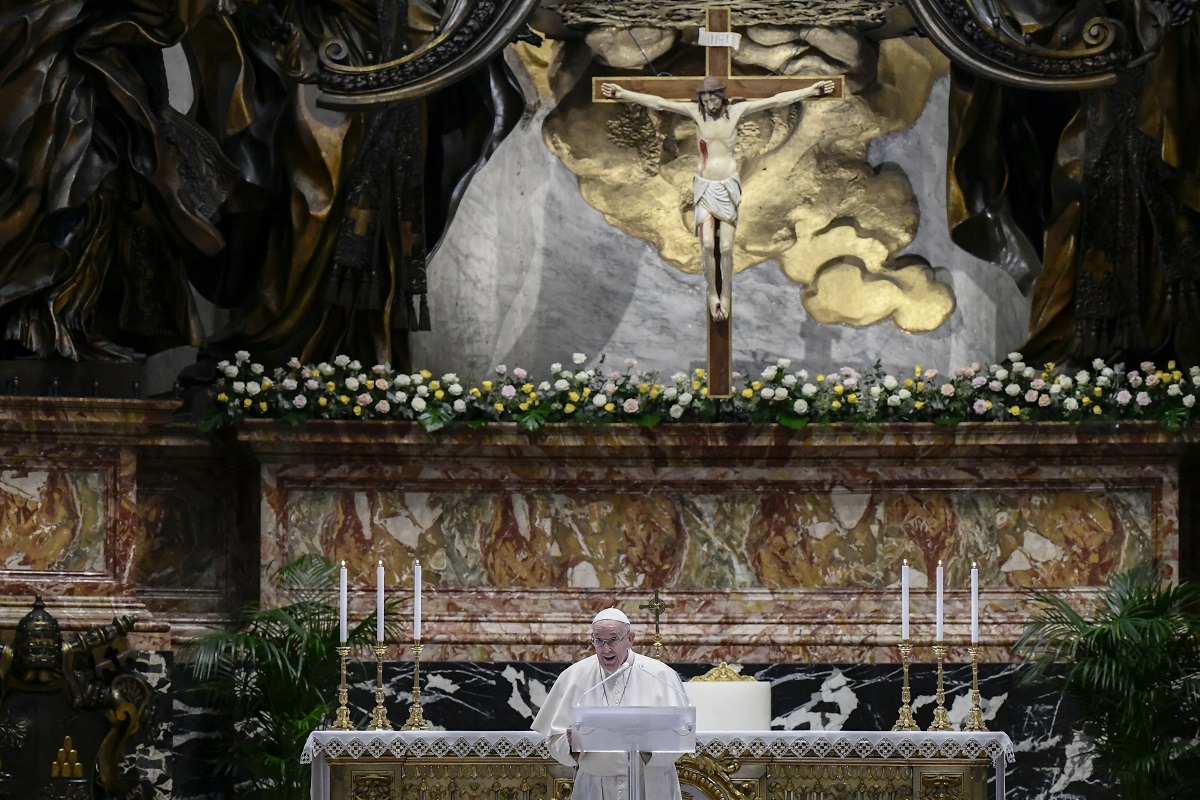 Millions of Christians around the world celebrated a second Easter under coronavirus restrictions on Sunday with Pope Francis calling for vaccines to be shared among the poorest nations as Covid-19 surges.

Despite vaccine rollouts gathering pace in many richer countries, dramatic spikes in cases have seen deeply unpopular restrictions enforced from Canada to Europe and South America.

Vaccination was “an essential tool” in the fight against the virus, the pope said in his Easter Sunday address, with Italy under a strict lockdown over the weekend.

“I urge the entire international community… to commit to overcoming delays in the distribution of vaccines and to facilitate their distribution, especially in the poorest countries,” he said to a congregation of only around 100 people inside the vast St. Peter’s Basilica.

Stricter curbs have come into effect in Belgium as well as in France, where authorities are scrambling to deal with a serious spike in cases that has overwhelmed hospitals in Paris.

In the Covid-19 intensive care unit of the Antony Private Hospital south of Paris, no bed stays free for long.

Nurse Louisa Pinto gestured to a vacated room where a cleaner was already at work, scrubbing down the mattress for the next arrival.

“The bed won’t even have time to cool down,” she said.

Across the Atlantic, Canada crossed the threshold of one million coronavirus cases, forcing several provinces to tighten restrictions for the Easter weekend.

And celebrations have been dampened in South America too, where Brazil is in the grip of a devastating outbreak likely fuelled by a more contagious variant.

The worrying situation led Peru to go into an Easter lockdown, Bolivia to seal the frontier with Brazil, and Chile to close all borders.

But in Jerusalem, curbs have been partially lifted due to Israel’s successful vaccination campaign, allowing Easter celebrations to go ahead.

Easter mass was held at the Church of the Holy Sepulchre, built at the site in Israeli-annexed east Jerusalem where Christians believe Jesus was crucified and buried.

Tourists are however still generally barred, and the tens of thousands of pilgrims who usually flock to holy sites could not enter this year.

The pandemic has claimed more than 2.8 million lives worldwide, but populations are growing increasingly frustrated with curbs on movement.

Thousands protested in the German city of Stuttgart on Saturday against Covid-19 restrictions, with a heated debate underway in the nation about tightening them in the face of a third wave of infections.

Such demonstrations have become a regular occurrence in Germany, bringing together members of the extreme left and far-right as well as conspiracy theorists and anti-vaccine campaigners.

Misinformation about vaccines has been a major problem in the fight against Covid-19, fuelled by how rapidly conspiracy theories about the pandemic can proliferate on social media.

A dramatic illustration of its impact is in Serbia, where the government is desperately trying to convince people to be vaccinated and has a million doses available — a buffet of Pfizer, AstraZeneca, Sputnik V and Sinopharm shots.

Britain has been one of the countries worst-hit by coronavirus but is running a successful vaccination scheme and has slashed death and infection rates.

As a result, the UK is to trial a “Covid status certification” system at events including football matches in the coming weeks.

It will show whether someone has a negative test, vaccination or immunity and offer a possible way out of virus restrictions, the government said.

In the Himalayan kingdom of Bhutan, however, vaccinations are proceeding at a fast pace, with authorities giving at least one shot to 60 per cent of the population of less than a million.

Neighbouring India is meanwhile battling a new surge, expanding its vaccination programme on Thursday to the 45-60 age group. The country is aiming to inoculate 300 million people by the end of July.

Experts have warned that infections in the vast South Asian nation are increasing at a faster pace compared with last year.

Neighbouring Bangladesh will implement a lockdown from Monday as it grapples with a sharp rise in infections amid reports hospitals are struggling to cope.