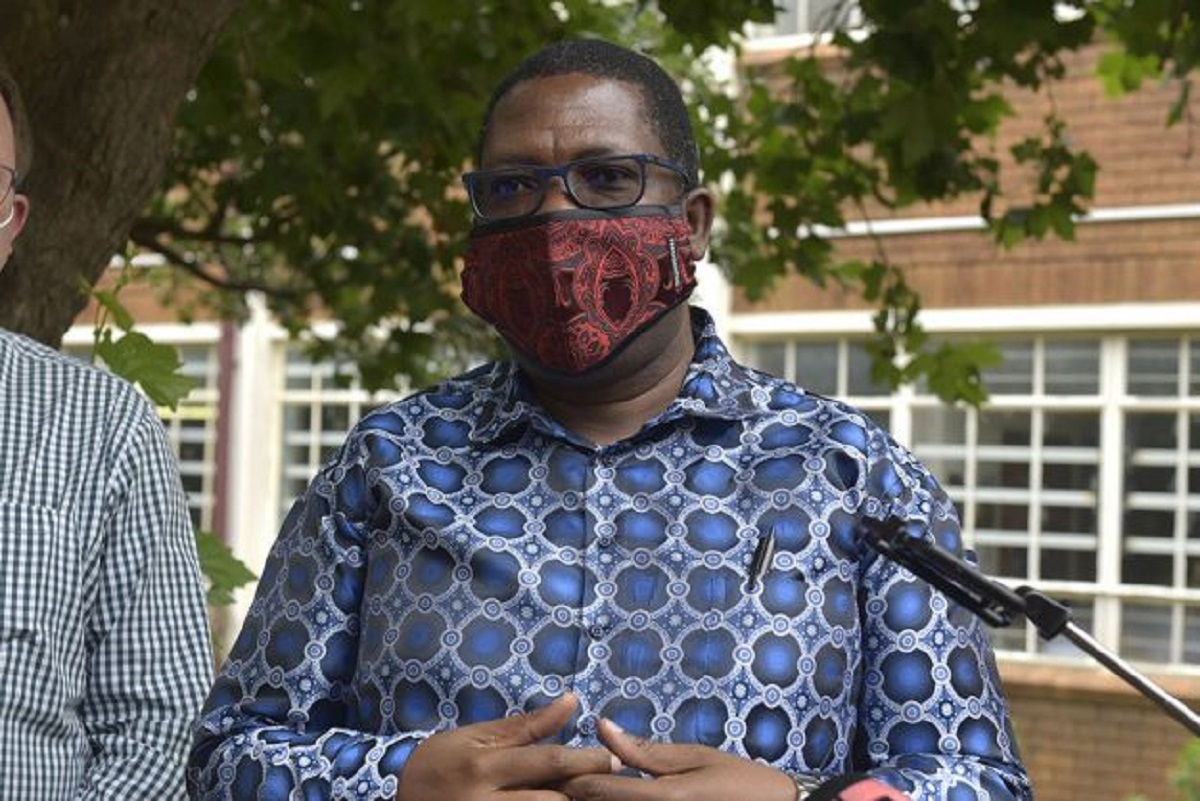 City Press on Sunday reported that they heard a recording of a meeting in which Gauteng Education MEC Panyaza Lesufi told his team that, as an MEC, he had to ensure that people are satisfied at all costs. The meeting is said to have centred around department tenders.

According to the publication, Lesufi said the following in the recording: “As comrades, I’m telling you that, if I have to assist you to make business with the department, school governing bodies (SGBs) are the ones who deal with schools’ businesses. I’m pleading with you, comrades, to convene meetings of area SGBs so that when they advertise for people to bid, they should advertise in this WhatsApp group, because if I interfere in that area, I’ll be accused of involving myself in their business. Some SGBs ask for quotations from their uncles and relatives. I’m telling you that you should know and be involved.”

Lesufi, however, told the publication on Friday that this was not a political meeting.

He said it was a community meeting of SGBs, the ANC Youth League, students’ representative councils, principals, the SA National Civic Organisation (Sanco) and business forums that were disrupting government projects. He told the publication that they were explaining to these parties present at the meeting how school projects are issued and adjudicated. He further explained that the school where the meeting was held was without electricity because the community had stopped installation and that he was there to request them to allow the service provider to fix the electricity problem.

It wasn’t a ‘secret meeting’

Lesufi lashed back at the publication on social media on Sunday afternoon, saying that the reports that he convened a ‘secret meeting’ to discuss departmental tenders was misleading. “The MEC received an invitation from the South African National Civic Organisation (Sanco), and concerned citizens to address a community meeting after a school in Soshanguve went for months without electricity. Local contractors stopped the project to repair the electricity problem and demanded that they be appointed to carry out the work at the school. The same (local) contractors further stopped Bidvest to clean schools around the area, which was a donation,” the statement reads.

According to the statement, the ‘meeting’ the publication referred to actually took place in May 2020 and was attended by School Governing Bodies (SGBs), Learner Formations, Business Forums, School Principals and community formations such as CPF’s. It’s during this meeting that Lesufi explained how contracts were advertised and adjudicated in government in general.

The statement also details how the MEC took attendees on a walk-about at the school to demonstrate the urgent need of the repairs that needed to be done.

“The allegation that this was a secret meeting is baseless and unfounded. It is unfortunate that the recording that is circulated was seriously manipulated and tampered with as it deliberately excludes the beginning of the said meeting where the purpose of the session was explained in detail. The manipulated voice clip only contains areas where the MEC was responding to questions that were raised by members of the community,” the statement reads.

“I am fully aware that there are forces at play who want to assassinate my character for political expediency. Unfortunately, in a democratic society, the accuser doesn’t have to proof their allegations but the accused must proof their innocence. I have no control over these faceless statements, but I will not be deterred to continue with my work to ensure quality education for all is realised,” said Lesufi in the statement.

Anyone can submit their proposals to SGBs

Schools have been allocated budgets, amongst others, for provision of nutrition in schools and to clean their facilities, Lesufi said. He added that anyone who wishes to perform these and many other services are welcome to approach the SGBs and submit their proposals. “The MEC in no way, shape, form or by suggestion, introduced any individual known to him or not, to service providers besides requesting community members to work through the leader of Sanco who coordinated the meeting,” the statement reads.

The statement further adds that Lesufi instructed the GDE infrastructure team to respond to and perform assessments on the infrastructure and electricity complaints that the meeting on behalf of the school, raised. “Consequently, a service provider that is on the GDE panel of contractors, was appointed to perform the electrical and other work at the school and that work was successfully completed.”