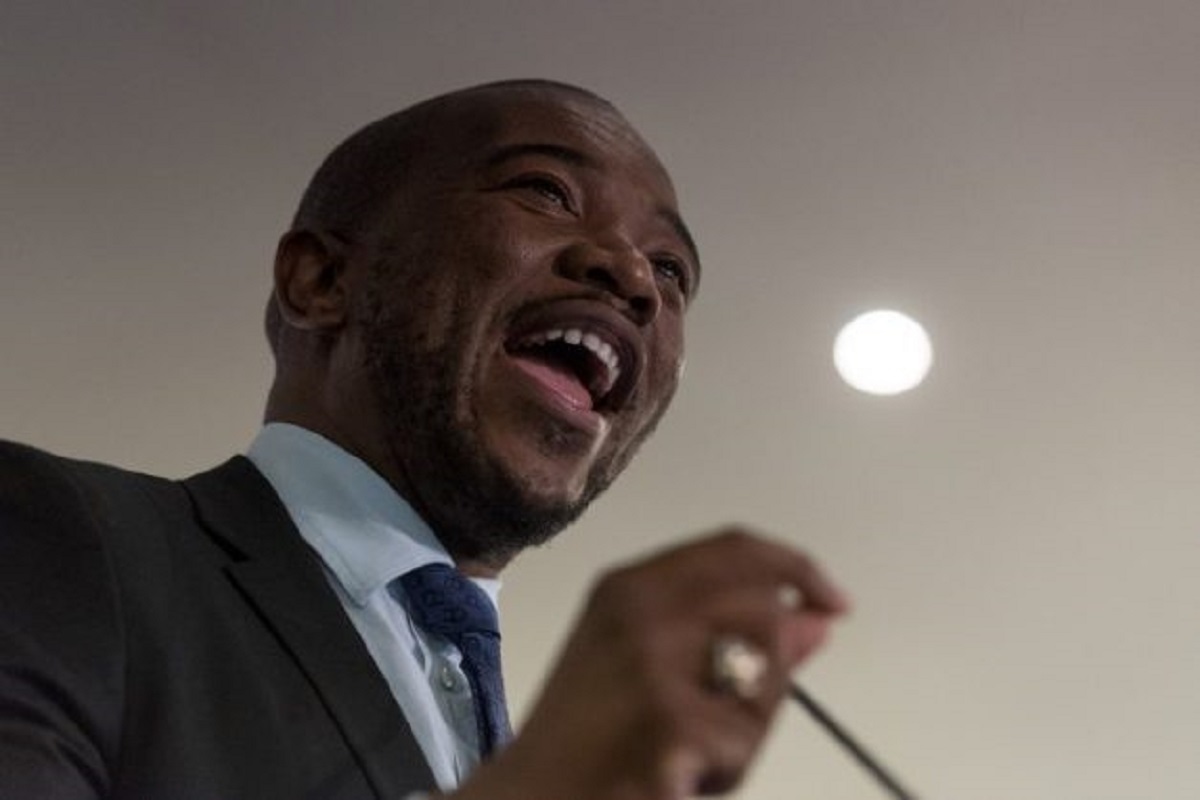 One SA Movement leader Mmusi Maimane has taken a swipe at the DA’s former leader Tony Leon for saying in a recent interview with News24 his election as the party’s leader in 2015 “was an experiment that went wrong”.

Leon spoke to the news website in a wide-ranging interview on race, his political career and a new book titled: Future Tense: Reflections on my Troubled Land.

In the interview, he slammed the DA’s first black leader saying he had never devoted himself to the party’s liberal ideals before joining it. Leon accused Maimane of neglecting the DA’s voters and attempting to go after a constituency, which the party did not have.

He also drew comparisons on the DA’s public response in April 2018 to the passing of ANC veteran Winnie Madikizela-Mandela and his father, Ramon Leon. He claimed that under Maimane’s leadership, the DA took a deliberate policy position not to mention the retired judge’s passing in public.

“I was absolutely stupefied. Not that they shouldn’t acknowledge a very considerable life, as I did, but to simply put out an outpouring of praise any reflection… I mean, she and I, on behalf of the party, had some Titanic battles… [But] not even to acknowledge that hers was a complex legacy, putting it at its politest,” Leon was quoted as saying.

Leon’s father was a lifelong patron of the DA and founding liberal chairman of the Progressive Party – the DA’s predecessor – in Durban in 1960.

‘I stand by those decisions’

Taking to Twitter on Saturday after criticism from some social media users about Leon’s remarks, Maimane took shots at him in a series of tweets saying he found his comments offensive.

He said at the time he wanted the DA to celebrate Madikizela-Mandela’s life and to expand the party’s base beyond its traditional voters.

“That was the right thing to do and I stand by those decisions,” Maimane tweeted.

“Imagine being the second largest party and saying nothing when an icon like Winnie Madikizela-Mandela passes on. That would reflect a lack of ubuntu (humanity) and a lack of sensitivity to the moment. I was not going to do that.

“Celebrating her life was the right thing to do.”

Maimane said he left the DA for a reason, and that time was now revealing his reasons for leaving.

In another tweet, the former DA leader said he was “a human being. not your science study.” He said Leon had the “sheer audacity” to try to erase his agency, dignity and humanity.

Maimane stepped down from the DA in October 2019 after a review panel commissioned by him criticised his leadership in a report following the party’s poor showing in the general elections.

I am a human being. Not your science study. https://t.co/OMgMkcmO2I pic.twitter.com/Yv4F1Qfo3q

I left the DA for a reason. Time is revealing that reason.

Anyway for this weekend I am focused on celebrating Easter and spending time with my family.

Then back to working on what I know will be a disruptive movement returning power to the people. @OneSA_Movement

For context @TonyLeonSA makes these offensive remarks because I wanted the party to celebrate the life of #WinnieMadikizelaMandela when she passed and to expand the party base beyond its traditional voters.

That was the right thing to do and I stand by those decisions. pic.twitter.com/sBws1TdGOM

In life you take risks, you learn and you move forward.

Never let anyone try to control your story or your journey. pic.twitter.com/4RBjKWi72X

READ NEXT: Mmusi Maimane must form a new political party