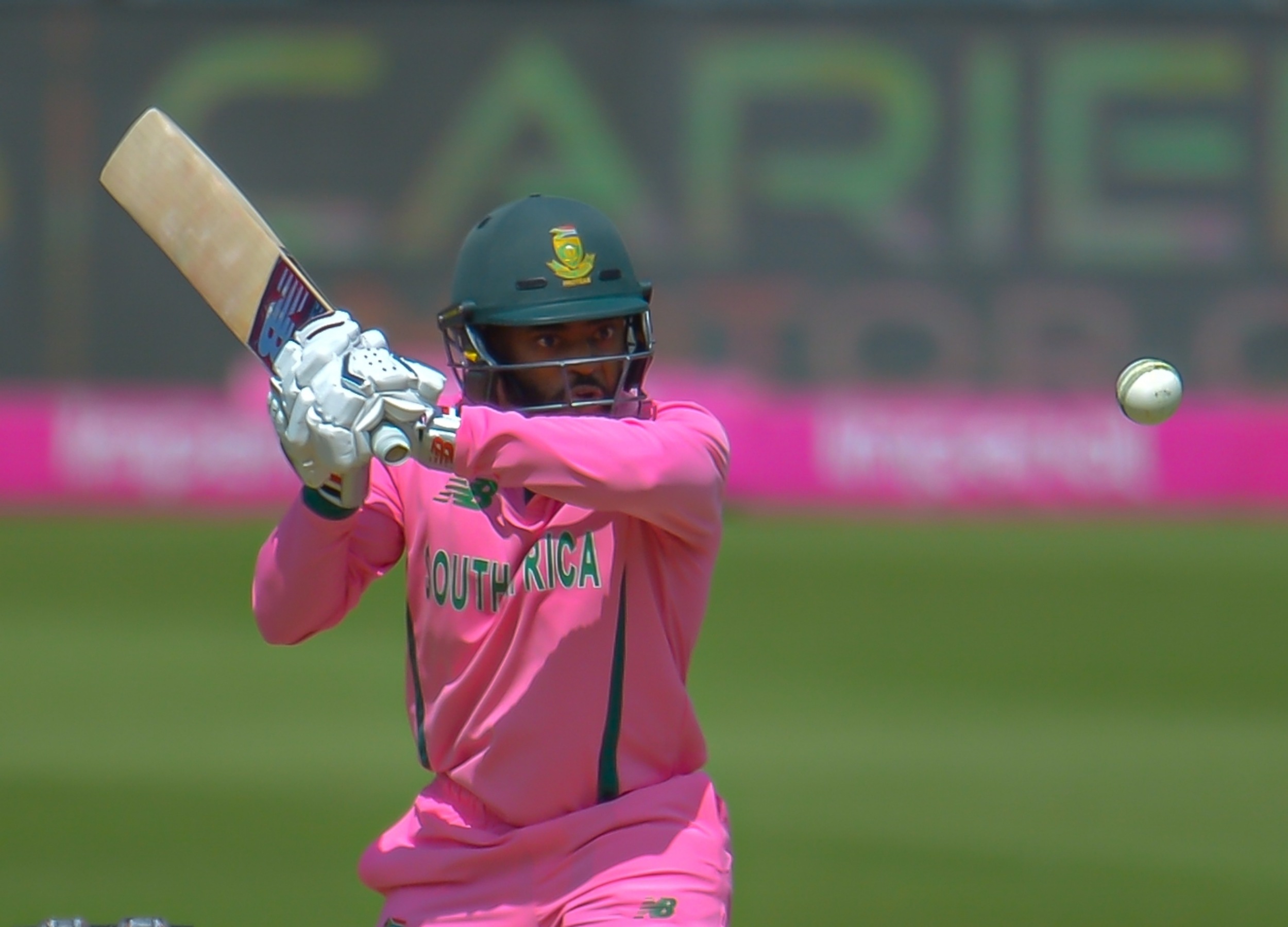 
Temba Bavuma and Quinton de Kock both fell within sight of centuries but they led a powerful South African batting display at the Wanderers on Sunday as the Proteas posted 341 for six in the second ODI against Pakistan.

South Africa were again unfortunate to lose the toss and have to bat first in cool, overcast conditions that made the first 90 minutes of batting on a tricky pitch very difficult. But De Kock, who really struggled to find his timing early on in his innings, adapted superbly as he stuck it out and fought hard to score 80 off 86 balls. Quinton de Kock plays a shot for South Africa during the Pink ODI at the Wanderers. Picture: Gallo Images

He and Aiden Markram, who struck a couple of imperious sixes on his way to 39 off 34 balls before once again frustratingly getting out when well set, added 55 off 58 balls for the first wicket to lay a solid platform.

It was captain Bavuma, however, who really set the pace of the innings as he then featured in successive century partnerships.

De Kock and Bavuma added 114 for the second wicket off 126 deliveries, before Rassie van der Dussen came in and showed he has several different gears, belting a brilliant 60 off just 37 balls.

ALSO READ: Proteas look to be smarter, but to still play with freedom

Following his battling century that rescued South Africa in the first ODI, Van der Dussen now feasted with the table set when he arrived at the crease on 169 for two after 30 overs.

Bavuma continued to bat with impressive intensity, always looking busy and running well between the wickets as he kept the run-rate steadily climbing.

He eventually fell in the 47th over for 92 off 102 balls, leading from the front and unselfishly getting out in search of boundaries, mishitting a pull off Haris Rauf to a wide midwicket.

David Miller then did a wonderful finisher’s job as he belted 50 not out off just 27 deliveries, despite Pakistan’s bowlers fighting back at the death with three wickets, as Haris Rauf finished with an impressive three for 54 in 10 overs.