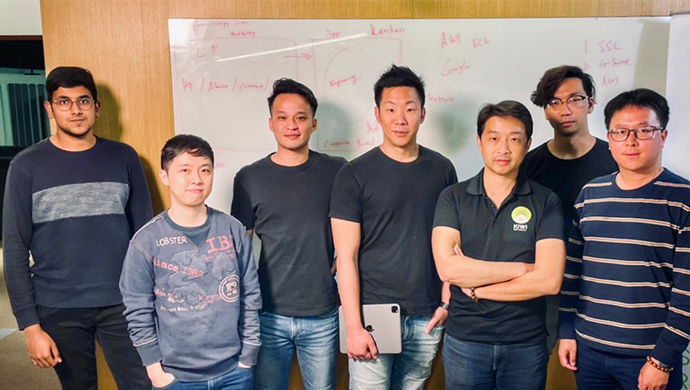 With activist investors and shareholders now putting more emphasis on environmental, social and governance (ESG) factors, the corporate embrace of sustainable elements like renewable energy (RE) is no longer limited to corporate social responsibility or public relations efforts.

RE100, a global corporate RE initiative bringing together hundreds of large businesses committed to 100% renewable electricity, currently boasts over 290 members including multinationals like 3M, Accenture, BMW, Danone and PepsiCo. Collectively, these corporations are present in 175 markets worldwide and account for 315 terawatt-hours per year of RE demand.

However, connecting green energy committed businesses and individuals is no simple matter. The power sector is highly regulated, and in many nations, users have no direct access to green and RE power sources due to energy monopolies, a high entry barrier.

This is where KiWi comes in. The Taiwanese startup revolutionises access to green energy for individual consumers and businesses, enabling direct purchases of green electricity with a single click on its app.

Backed by blockchain technology and AI analysis as well as hardware to monitor solar panel productivity, the Taipei-based startup digresses from the traditional model of centralised electricity supply.

Co-Founder and CEO Steve Huang said, “Our AI-based RE exchange platform directly connects users to get 100% green energy from solar plants or wind plants locally. It leverages AI to analyse user behavior and provides insights to users, making the transition to green energy easy for everyone.”

KiWi is the first startup to bring to fruition an online-based direct energy marketplace. Its understanding of the power is backed by Huang’s expertise as a serial entrepreneur with over 15 years of experience in green energy.

Backed by AI, validated by blockchain

KiWi offers speed, efficiency and transparency for green energy adopters: users can sign up in just three minutes and one click, while all transactions are validated by blockchain. Its fully decentralised platform gives users insights into usage analysis and forecasts energy demand.

Second, KiWi and TaiPower sign an RE transmit and distribution contract, after which TaiPower installs smart meters at both energy generation and usage ends.

The fourth and final part of the process is KiWi’s Smart Energy Monitoring user interface, which provides users with real-time energy usage data so users can save energy and reduce costs based on individual usage profiles.

Fundraising, partnerships as a gateway to ASEAN

Building on its web presence, KiWi is targeting to bring its mobile app online by June 2021 — first in Taiwan and then ASEAN by way of Singapore. The platform is also planning a California launch in the second half of 2021, backed by its U.S. project team and the state’s receptiveness to energy exchange models.

“Thanks to our core team of 15 technology, engineering and project management experts in the U.S. and Taiwan, KiWi has secured more than 500 megawatts of RE supply in both countries,” Huang noted.

KiWi is now in the midst of closing an Asia-focused round of fundraising and is considering bringing in an RE investor. Huang expects to close a major Series A round next year.

“We are looking to partner with both EPCs and corporates that have ESG commitments in Singapore, especially those who are members of RE100. We are considering corporate VCs as well as co-marketing partnerships with large corporates like Singtel to help bring KiWi to its network of affiliates and clients.

“Singapore will be a testbed and launchpad for us to enter neighbouring nations with much larger energy markets such as Malaysia, Thailand and Indonesia,” he said.

The World Health Organization estimates that around seven million people die every year from exposure to polluted air, of which 4.2 million mortalities are attributed to ambient air pollution.

This has put pressure on governments, companies, and individuals to pivot from coal-fired power plants that contribute to ambient air pollutants.

“We are moving towards a future where green energy will be a mainstream source of energy. For corporations making the switch, 87% are driven by customer expectations and 76% by shareholder requests for ESG elements. Over 80% of companies embracing green energy are doing it to save costs, while 84% do it to manage long-term risks,” Huang said.

To learn more about KiWi New Energy, check out their website here.

This article is produced by the e27 team, sponsored by  STPI