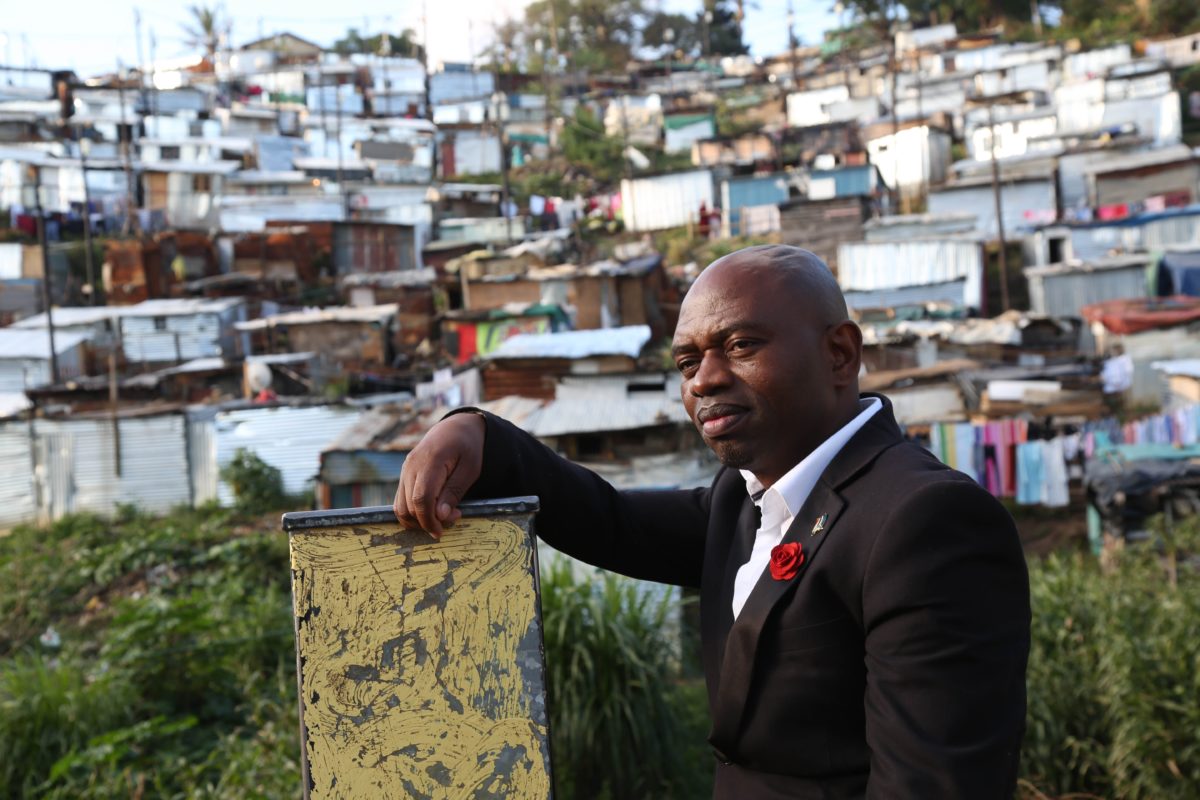 
Winning the Swedish government’s Per Anger award will offer some sense of security, says Abahlali baseMjondolo founder S’bu Zikode, who says he has lived “in the shadow of death” for years.

The Per Anger Prize for human rights and democracy was established in 2004 in recognition of diplomat Per Anger’s efforts during the second World War, when he saved Hungarian Jews from the Holocaust.

The award will be presented to Zikode on 21 April.

“This year, the Per Anger Prize goes to a man who revolts against poverty. He fights for the most vulnerable in South Africa’s shack settlements and for their rights to a home and a dignified life,” said Ingrid Lomfors, who chaired the jury. “S’bu’s long lasting and tenacious struggle impressed the jury.”

Zikode has repeatedly faced death in the fight for land on which to build shacks. He still faces death threats, he says, and often has to operate from hiding in Durban.

In 2006 he was arrested and tortured in police custody on seven fabricated charges. “I successfully sued the police for damage and won in court.”

In September 2009, his home was destroyed in Kennedy Road settlement in Durban, and his belongings were lost. The home, he says, was broken down in the presence of law enforcement agencies in that province who did nothing. “I was forced into hiding and eventually placed in a safe home through the support of international human rights organisations.”

“I have been living in the shadow of death because of my efforts to have people get land, decent housing, and to be treated with dignity and respect,” he says.

He says he has been arrested and tortured in police custody. He has been beaten and slandered in the media. His vehicle was fiddled with and he escaped a terrible accident in 2016. “I have had to leave my family and work underground,” he says.

This award, Likode says, will provide some sense of security.

“It makes me realise that the work that I do is important,” he says. “It is enough to receive the recognition from the Swedish government especially when your own government doesn’t see the value of Abahlali’s work.”

When he sees vulnerable people smiling because they have what they call a home “my heart gets fulfilled”, says Zikode. He says he learned leadership as a Boy Scout and is motivated by “my love for my country and its people … duty to God and duty to my country”.

“All my teachings I learnt from the Boy Scout movement shaped me to who I am today.”

The Swedish government’s award confirmed for him that “our Abahlali struggle is ‘just’ and legitimate”.

“But it also says that whoever undermines the Abahlali struggle, the world is watching those who rubbish us through violence and repressive means.”

Soon after the award was announced, Minister of Human Settlements Lindiwe Sisulu issued a statement congratulating Zikode. She said her ministry would continue to work closely with “our various stakeholders including Abahlali”. The statement described Sisulu as “the Patron of Abahlali Basemjondolo”.

In a responding statement, Abahlali welcomed Sisulu’s congratulations but said it was not true that the minister was a patron of the movement.

“Our movement does not have a patron. Moreover, all our efforts to engage the Minister on violent and unlawful evictions in eThekwini have failed. Even during the Covid lockdown when all evictions were stopped by law by the Minister of Justice and Constitutional Development and the UN had announced a world-wide ban on all evictions she did not bother to stop the eThekwini Municipality from evicting Abahlali,” said Abahlali’s statement.

Asked to comment, Steven Motale, spokesperson for Sisulu, said his boss was “seized with pressing matters of service delivery [and] doesn’t have time for a public spat with any individual or organisation”.

Motale said, however, Sisulu supported the members of Abahlali and would engage them as well as their community leaders.