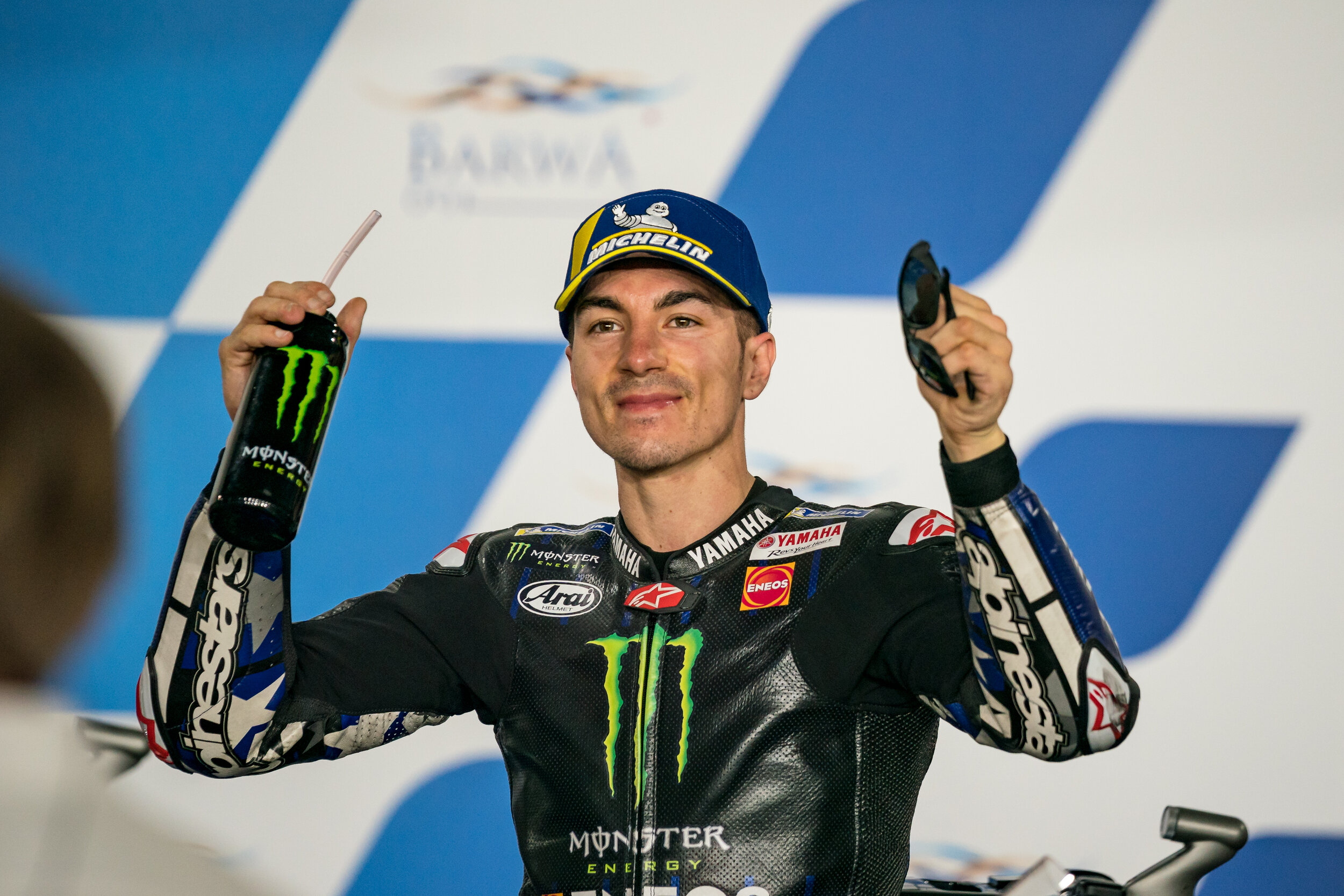 Italy’s Francesco Bagnaia, on another Ducati, came third on his first ride in the factory team after starting on pole, beating reigning champion Joan Mir of Suzuki back into fourth in the final moments of the race.

“I felt the potential, I was taking everything calmly,” Vinales, 26, said after his win.

“I tried to be very smart, very calm… finally I opened a gap and I was trying to get the power.

“I can say nothing more other than to say thank you to my family, especially my close family.”

“You know my wife and I are waiting for a baby,” added Vinales, who married girlfriend Raquel and announced earlier this month that the couple are expecting their first child.

Vinales overcame a slow start in which he and the other Yamahas were left standing by the Ducatis, before gradually advancing on the Italian bikes.

He took the lead with eight laps to go, seeing off Bagnaia while Mir made up six places with four laps remaining after starting in 10th place.

Despite his best efforts, Fabio Quartararo could not match Vinales’ tenacity on his debut as a Yamaha factory rider.

With one lap left, Vinales had a comfortable lead of more than a second and a half, more than enough for victory, while Zarco, Bagnaia and Mir fought for the podium.

“I’m really happy – it’s been a good race and a long race, the end was quite difficult,” said Zarco.

“I felt I can still have some space to follow (Vinales).

“I tried to catch Vinales… thanks to my engine I could only save second position.”

Miller, who dominated pre-season tests on the same Losail circuit and then free practice on Friday and Saturday, has good reason to be disappointed.

However, the Australian will have the opportunity for revenge next week when Qatar stages the Doha MotoGP.

The renewed season is taking place amid strict coronavirus prevention measures that have included a bio bubble for participants and the offer of vaccines to anyone in the paddock.

In Moto2, Sam Lowes, on a Kalex, took the chequered flag, the first Briton to win an opening race since 1979.

His time of 40 minutes 3.123 seconds was enough to beat Remy Gardner who finished 2.260 seconds further back.

Masia finished the 18 laps of the 5.38 kilometre Losail circuit outside Doha in 38 minutes 29.620 seconds while Acosta was only 0.042 seconds behind.