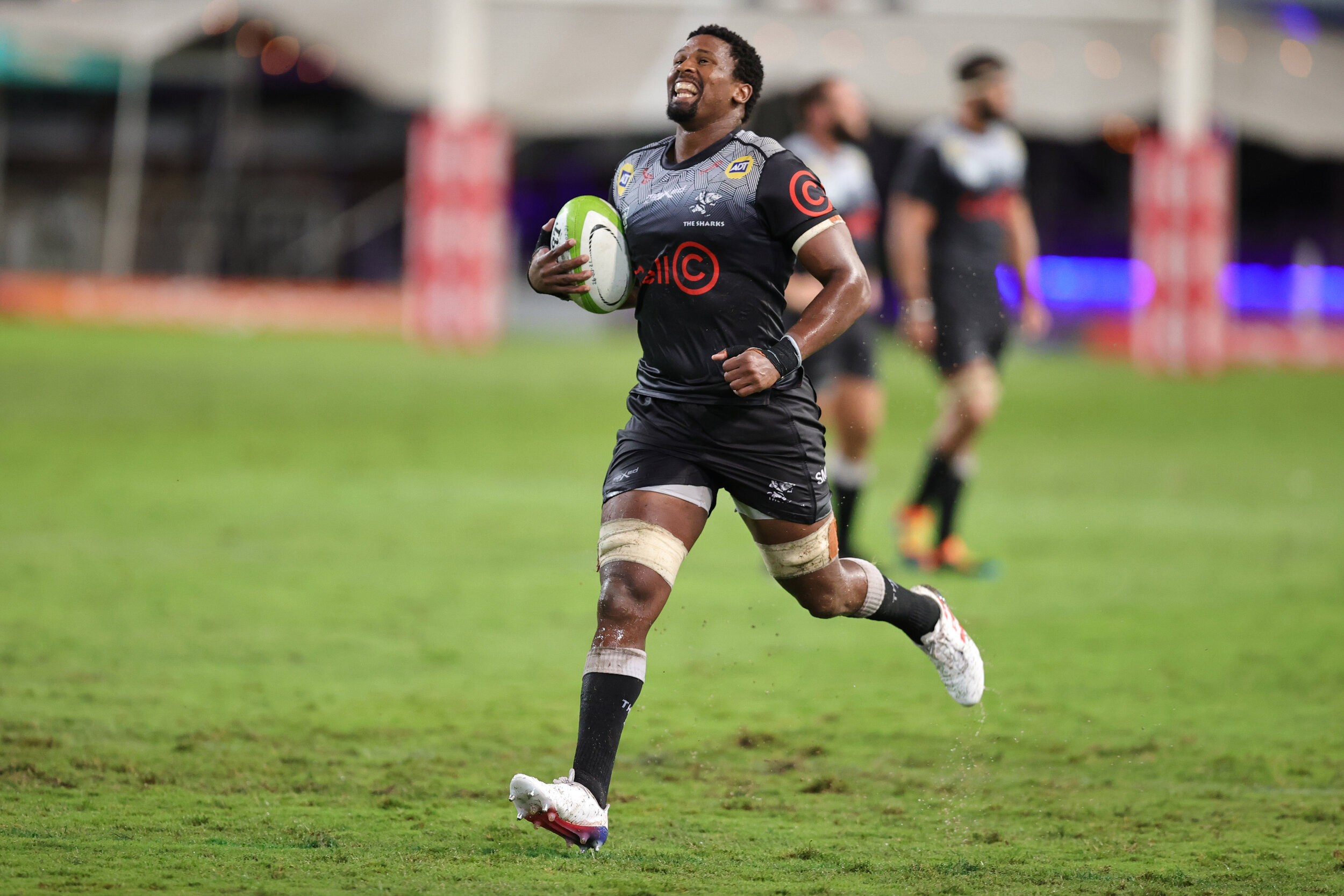 
Siya Kolisi taking just 16 minutes to score his first try for his new team summed up a dazzling start for the Sharks, laying the platform for a 45-12 win over the Bulls in their preparation fixture in Durban on Friday night.

The Sharks brushed off the sodden conditions, Kings Park resembling a swamp, scoring five tries in the first 25 minutes to race into a 31-5 lead. Their fast start was enabled by their first two scrums being massively dominant, earning penalties which first set up hooker Fez Mbatha for a try and then earned a penalty try (and a yellow card for Bulls hooker Schalk Erasmus) inside the first eight minutes.

The Bulls were on the board after 13 minutes, Kolisi almost intercepting flyhalf Morne Steyn’s pass to Marnus Potgieter, but the outside centre showed great skill to take the ball outside his man and break the line before passing out wide for eighthman Nizaam Carr to score.

But the Springbok captain had his moment of glory just three minutes later. A Sharks attack seemed to be going nowhere, but flyhalf Boeta Chamberlain and wing Sbu Nkosi, changing direction to good effect, sparked something. Nkosi provided the telling break, Kolisi was up in support and he powered through two tacklers to score.

Kolisi’s debut lasted until the 50th minute, longer than coach Sean Everitt said he expected, but that was due to eighthman Sikhumbzo Notshe rolling an ankle in the first half and needing to be replaced. Kolisi had a quiet but industrious game, wearing the No 6 jersey but playing more of a traditional eighthman linking role. His last action came when he was bumped off in midfield by Bulls centre Dawid Kellerman, on his way to the tryline on a monstrous run from halfway.

ALSO READ: Confirmed: Rainbow Cup to kick off on 24 April

Centre Marius Louw and prop Ox Nche both scored after Kolisi and then, with the Bulls down to 13 men in the last 10 minutes, replacements Rynhardt Jonker and Sanele Nohamba added two more tries to the home side’s tally.

The Bulls improved in the scrums and kept the Sharks scoreless between the 25th and 74th minutes and their largely second-string side never lacked for enthusiasm and effort. But they made too many mistakes and ill-discipline was once again a problem as Marius van der Westhuizen was an unsympathetic referee – which is what SA Rugby are expecting from the officials up north.