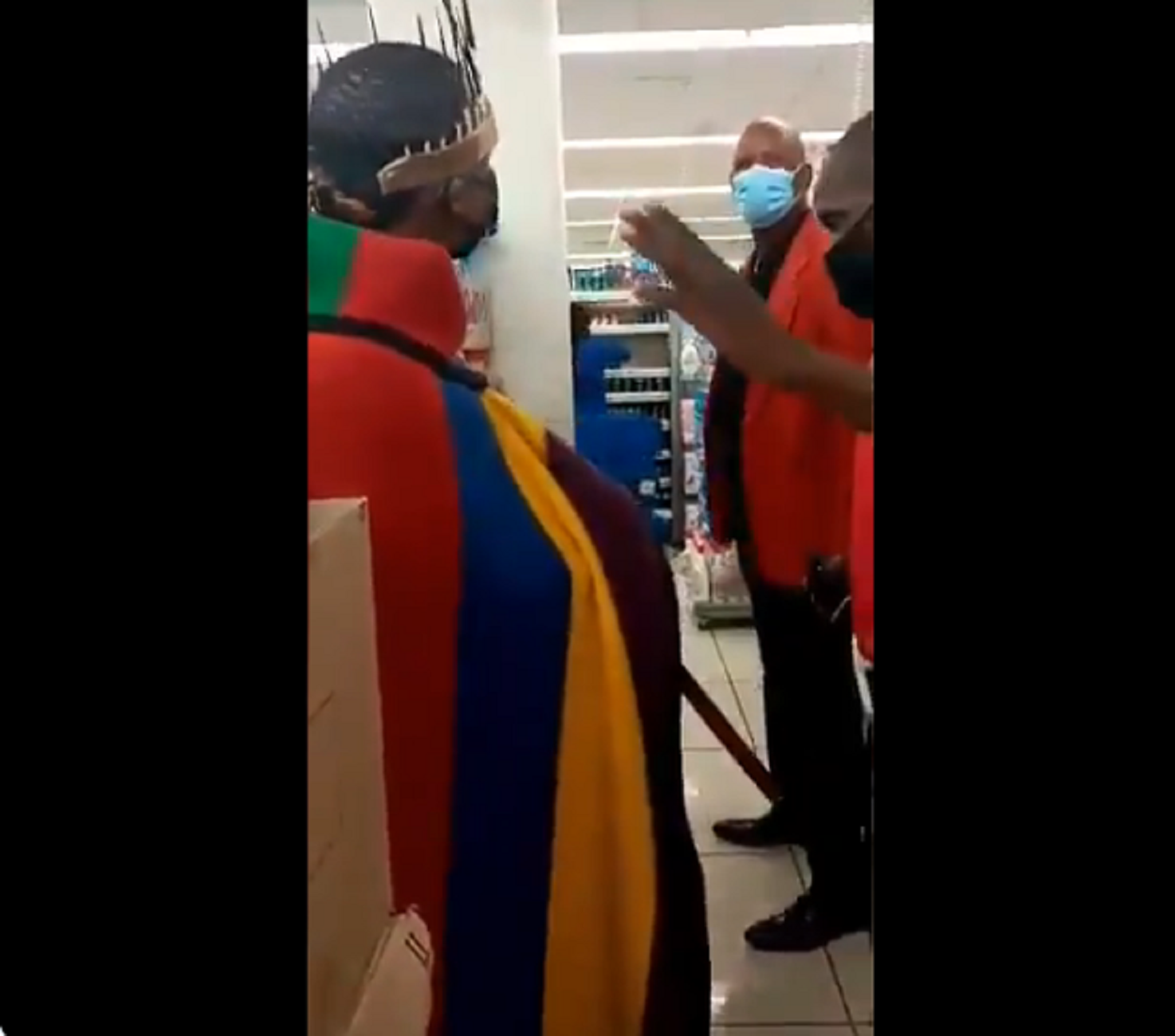 
The Boulders shopping centre has suspended its centre manager pending an internal investigation after his confrontation with cultural activist Thando Mahlangu on Wednesday.

Mahlangu took to social media on Wednesday evening to complain about the “saddest reality in Africa” after the manager told him to leave the mall because of his Ndebele attire.

In the video he shared the two can be heard in a heated debate about his dress as the manager insists Mahlangu’s outfit is inappropriate for a public space.

“Let’s cut the whole story short, we’ve got the right of admission. I don’t condone this in my mall so please leave. It’s a public space. This is not decent. I’m not allowing this here, this is my mall, right of admission is reserved,” the manager said.

“It’s in Africa. You’re wearing western, I am wearing African, in Africa and I’m not allowed to your mall. You’re telling me I’m not supposed to wear African in Africa,” Mahlangu said.

The interaction caused an uproar among South Africans who criticised the manager for impinging on Mahlangu’s rights.

The owners of Boulders shopping centre, Redefine Properties, has distanced itself from the  “most regrettable” incident.

“We respect the choice of all South Africans to dress, associate and assert their identity and cultural beliefs. As an immediate measure we will strengthen diversity training efforts to all our centre managers.

“This matter has also illuminated for us the need to continually review and revise our internal policies on an ongoing basis in order to ensure that our policies are brought in line with the values and principles that recognise and celebrate the multitude of cultures that make up our diverse nation.”

Konig said the company would also reach out Mahlangu to apologise to him.