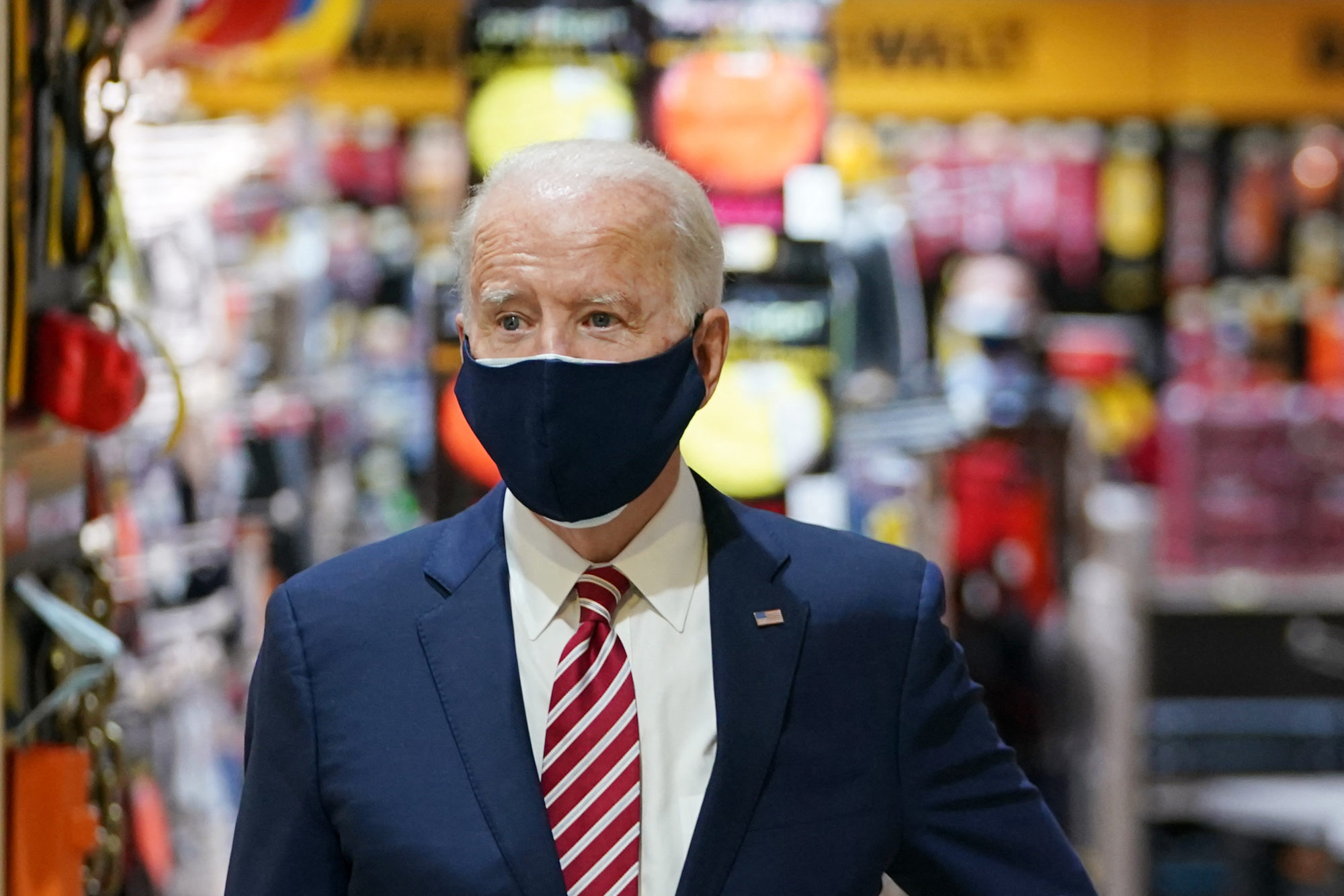 
US President Joe Biden on Thursday promised 200 million doses of Covid-19 vaccine would be administered in his first 100 days in office, doubling his initial goal, as he said at his first news conference that he intended to seek another term.

Biden also said the United States would likely miss a May 1 deadline set by former President Donald Trump to pull all troops from Afghanistan, although he made clear he expected to end America’s longest war within the year.

Delving into details and offering low-key answers, Biden cast a dramatically different character than his bombastic predecessor in his first formal encounter with reporters in the White House’s imposing East Room since he entered office on January 20.

Biden waited longer than any modern president to hold a news conference, with his aides apparently worried that the free-wheeling 78-year-old politician — who joked that he entered the Senate “120 years ago” — would veer off a carefully crafted message.

But Biden appeared largely at ease and in command as he cast himself as a seasoned Washington operator who would tackle pressing problems starting with Covid-19, which has killed nearly 550,000 people in the United States.

“I’ve been hired to solve problems, not create division,” Biden said, pointing to passage of a $1.9 trillion Covid relief bill that sends money to most Americans.

“I’m a fairly practical guy. I want to get things done.”

Biden began his news conference by announcing that he planned to administer 200 million doses of Covid-19 vaccine in his first 100 days — the end of April.

“I know it’s ambitious, twice our original goal,” Biden said. “But no other country in the world has even come close — not even close — to what we are doing, and I believe we can do it.”

Biden faced no questions on Covid, a sign of the changing national narrative — and a scenario unimaginable for European leaders under pressure over infections.

The United States under Biden has dramatically scaled up the distribution of vaccines — developed during Trump’s presidency — as well as economic support, bringing dividends as hospitalizations dip and new unemployment claims fall to their lowest level since the start of the pandemic.

Hitting back on border

Amid the successes against Covid-19, Trump’s Republican Party has united in denouncing Biden over a wave of Central American migrants heading to the southern border.

Biden pushed back on Republican charges of a crisis and voiced compassion for people from Guatemala, Honduras and Nicaragua who are fleeing violence and poverty.

“There is a significant increase in the number of people coming to the border in the winter months of January, February, March. It happens every year,” Biden said.

But officials say that the number of unaccompanied children has risen, with the Biden administration racing to set up more shelters to house the youngsters.

Biden made no apologies for not sending back children– a shift from Trump, who built his political career on strident denunciations of immigration and, in one of his most controversial moves, separated migrant children from parents.

“The idea that I’m going to say, which I would never do, if an unaccompanied child ends up at the border we’re going to let them starve to death and stay on the other side — no previous administration did that either, except Trump. I’m not going to do it.”

Biden has put Vice President Kamala Harris in charge of the border situation, for the first time giving a specific portfolio to his number two who has constantly been at the side of America’s oldest ever president.

But amid speculation that Biden is laying the groundwork for Harris in the 2024 election, the president said he was “a great respecter of fate” but plans to run.

“My plan is to run for reelection. That’s my expectation,” Biden said.

As a veteran politician, Biden likely was aware that any demurring on his political future would instantly dominate Washington conversation.

Troops to stay longer in Afghanistan

Biden, who as Barack Obama’s vice president was an early advocate of leaving Afghanistan, also gave his clearest indication yet that he would not meet an agreement between Trump and Taliban insurgents to pull remaining US troops by May 1, saying it was difficult due to “tactical reasons.”

“We will leave; the question is when we leave,” he said. Asked whether he envisions US soldiers still in Afghanistan in 2022, Biden said: “I can’t picture that being the case.”

The launches appeared to end a freeze under Trump, who held three made-for-television encounters with North Korean leader Kim Jong Un but did not reach a lasting agreement.

In an interview Thursday evening, Trump said Biden was asked easy questions at the news conference — “it was like softballs.”

He also blasted Biden for his criticism that Trump had left children abandoned on the Mexican side of the border.

“First of all, it’s just the opposite,” Trump said. “By the time we finished what we were doing [on the border], very few people were coming up because they knew they weren’t going to get through. We stopped ‘catch and release’ — which was a disaster.”

Trump also said that a meeting last week between senior US and Chinese officials in Anchorage, Alaska was an embarrassment to the US.