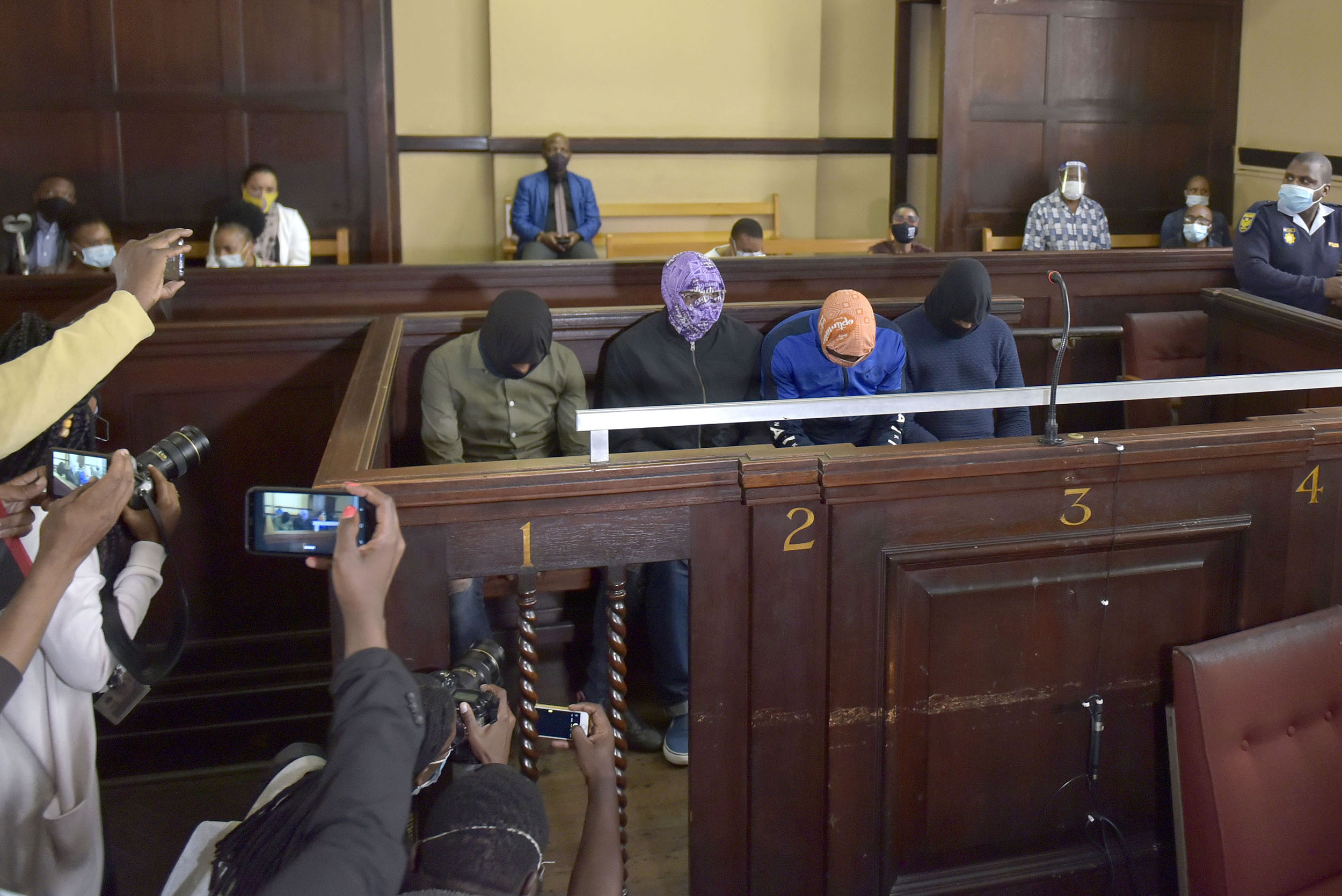 
The accused in the murder of Mthokozisi Ntumba looked at him and drove away from the crime scene without assisting him, the Johannesburg Magistrate’s Court heard on Wednesday.

This was revealed in the affidavit of IPID investigating officer Judy Thwala during the formal bail application of four police officers who allegedly shot and killed Ntumba while dispersing protesting students on 10 March.

“Instead of preserving the crime scene and assisting the victim, they left the scene.

“Applicants got into the Nyala and drove away even after an eyewitness alerted them of the injured deceased,” the affidavit -which was read out by prosecutor Nkosinathi Zuma – stated.

The court heard applications from the accused – Tshephisho Kekana, 27, Cidraas Motseothatha, 43, Madimetja Legodi, 37, and Victor Mohammed, 51 – who are provisionally charged with murder, three of attempted murder and defeating the ends of justice.

The police watchdog’s affidavit revealed Ntumba was shot and killed with a rubber bullet at close range, approximately 4m.

Thwala stated upon arrival at the scene, she found the deceased lying on the pavement with three bullet wounds.

“The degree of violence in this matter is evident in the wounds inflicted on the deceased, an innocent bystander who posed no threat,” the affidavit read out by Zuma stated.

In addition, it added, the applicants had ignored the possibility of serious injury or death by shooting at close range and without warning on non-violent students.

Prior to the lunch adjournment, the court heard applications from Kekana and Motseothatha, who pleaded with the court that it was in the interests of justice to release them on bail.

ALSO READ: Wits protests aftermath: the rifle, the artist and the students

After lunch, it heard Legodi should also be released as he is the breadwinner of his family and had two minor children who depended on him.

In addition, he stated his siblings were unemployed and his mother was a pensioner.

Mohammed – in his application – told the court he was a husband, father and his wife and minor child were solely dependent on him. His wife, who was retrenched, submitted an affidavit to the court begging the court to release her husband on bail as she believed he was not a violent person.

Thwala submitted the State had a strong case against the accused.

“They are charged with offences that are serious in nature. I submit that the State has a strong case against them.

“The release of the applicants will cause more trauma and public peace will be undermined,” the affidavit added. The accused, who are in custody, are due back in court on Friday for bail judgment.