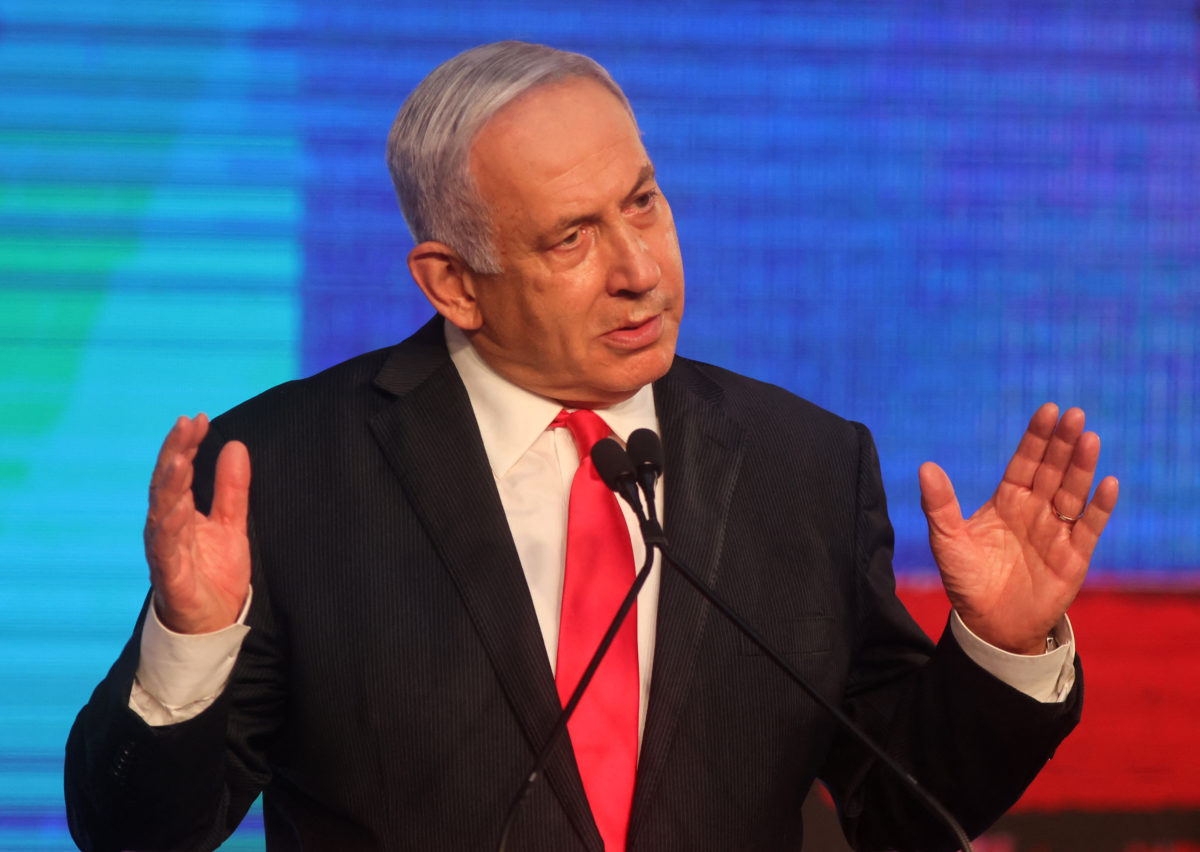 Netanyahu, Israel’s longest serving premier, had hoped that Tuesday’s vote would finally allow him to unite a right-wing coalition behind him, after three inconclusive elections since 2019.

He campaigned on a world-leading coronavirus vaccination effort that has already inoculated roughly half of Israel’s roughly nine million people, a pace envied by much of the world.

Projections based on exit polls from Israel’s three leading broadcasters, which could change, all show Netanyahu’s right-wing Likud winning the most seats in Israel’s 120-seat parliament, the Knesset.

If the projections reflect the final results expected later this week, Likud could win 30 or 31 seats.

But his only path to a viable right-wing coalition appears to rest on a deal with his estranged former protege Naftali Bennett, who has not ruled out joining a bloc opposed to the premier.

Netanyahu described Tuesday’s projected results as a “huge win for the right” and his Likud party.

“I will reach out to all elected officials who share our principles. I will not exclude anyone,” he told supporters.

Opposition leader Yair Lapid, a former television anchor whose centrist Yesh Atid party looked set to place a second behind Likud, claimed the anti-Netanyahu bloc had a path to a majority.

“At the moment, Netanyahu doesn’t have 61 seats,” he said addressing supporters in Tel Aviv.

Numbers were continuing to shift early Wednesday and it remained possible that Netanyahu would fall short of a majority even with Bennett’s support.

Lapid said he has “started speaking to party leaders and we’ll wait for the results but we’ll do everything to create a sane government in Israel.”

Even if Bennett’s projected seven seats technically enable Netanyahu to cobble together a government, there is no guarantee the two will unite.

They were once close and maintain hawkish ideological links, but their relationship has grown strained in recent years.

“The power you gave me, I will use only according to one guideline: what is good for Israel,” Bennett, a religious nationalist, told supporters at a rally after the results were announced.

Netanyahu is the first Israeli prime minister to be indicted in office after being formally charged last year with corruption, an allegation he denies.

Netanyahu has said he will not block the trial and looks forward to being exonerated, but critics suspect that if he forms a majority, he may seek parliamentary action to delay or end the process.

A Netanyahu coalition will also require alignment with a new far-right extremist alliance called Religious Zionism, which is projected to win between six and seven seats.

That means the bloc will send to parliament Itamar Ben-Gvir, who has voiced admiration for the mass-murderer of 29 Palestinian worshippers in Hebron in 1994, Baruch Goldstein.

“If Bennett joins his coalition, Netanyahu is closer than ever to a narrow government including the most extreme elements of Israeli society,” Yohanan Plesner, president of the Israel Democracy Institute think-tank, said after the provisional results were released.

Tuesday’s vote was forced on Israelis after Netanyahu triggered the collapse of a unity government he had formed last year with former military chief Benny Gantz, his main challenger in three previous, inconclusive elections.

Gantz is projected to win seven or eight seats in Tuesday’s election, outperforming expectations but still a far fall from a year ago, when he was Netanyahu’s main challenger.

Currently Netanyahu’s defence minister, Gantz said he only agreed to a unity government to give Israel stability amid the Covid-19 pandemic.

But their agreement called for Netanyahu to hand power to the centrist Gantz after 18 months, something observers correctly predicted he would never do.

If Netanyahu can’t reach a deal with Bennett and his opponents cannot unite a fifth election is possible.

“Starting tomorrow, I’ll do my best to unite the pro-change block,” Gantz said after the projections were announced.

“And if we are forced to face a fifth round of elections, I will vigilantly protect our democracy, rule of law and security. Because Israel comes first.”

Election day saw Palestinian militants fire a rocket from Gaza at Beersheba a short while after Netanyahu visited the southern city.

The army said the rocket hit an open field, in the first such attack since January.

There were no immediate reports of casualties from the Palestinian projectile or the Israeli strikes.