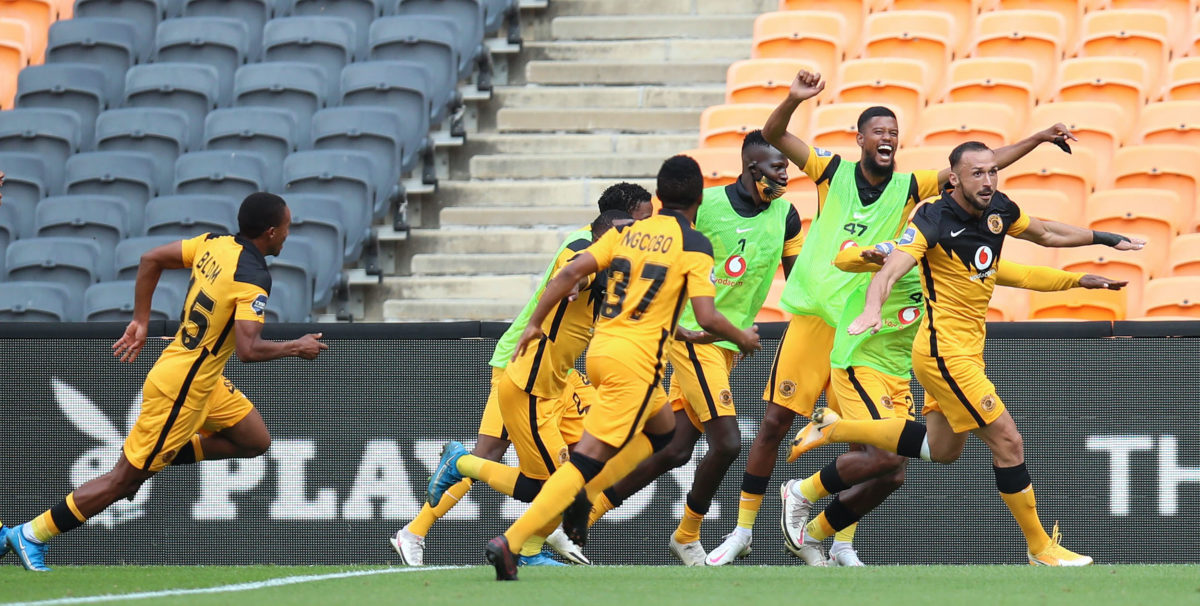 
It was fourth-time lucky for Kaizer Chiefs against Orlando Pirates on Sunday, as Samir Nurkovic’s brilliant overhead-kick gave Gavin Hunt and his Amakhosi side a victory at FNB Stadium in the last Soweto derby of the season

The victory was crucial for Chiefs, who had lost their other three derbies this season against Pirates, and have been struggling to find rhythm all season. It also gives Hunt some breathing space as a fourth consecutive defeat to Pirates would have added more fuel to the fire for his critics among Amakhosi supporters.

It was perhaps clear from the onset that it was Amakhosi’s day as Bucs failed to really get going and their attack was not as sharp as it should have been in such a big game.

Happy Mashiane had a glorious chance for Amakhosi in the 20th minute, set through on goal by Bernard Parker but he hurried his shot and Siyabonga Mpontshane made an easy save.

Samir Nurkovic also had a snap shot on goal in the 23rd minute, but his effort went wide, without troubling Mpontshane.

Pirates also had their moments in attack, but just couldn’t find the right balls in the final third as Amakhosi defence remained resolute.

Erick Mathoho had a header in the 37th minute from a free kick, but it was easily straight at Mpontshane who was the busiest of the two keepers in the first half.

Another promising move from Amakhosi in the 41st minute was cut out by Thulani Hlatshwayo’s timely tackle as Parker rolled the ball across looking for Nurkovic.

Vincent Pule tested Daniel Akpeyi with a long range shot, but it didn’t have enough power behind it, and the Nigerian keeper made an easy save.

Chiefs took the lead as Pirates’ defenders couldn’t clear a  bouncing ball in the 53rd minute, Lazarous Kambole headed forward and Nurkovic composed himself before placing a superb overhead kick out of the reach of Mpontsane.

Pirates had a chance in the 67th minute, but Amakhosi defenders were quick to close down Paseka Mako. Right after that the Chiefs clearance sent them on a counter and almost caught out Pirates, with Hlatshwayo doing well to kick the ball out and away from Mashiane.

Right after that, Pirates were in attack again but Fortune Makaringe couldn’t get his shot from close range on target.

Nurkovic had a glorious chance to complete his brace in the 78th minute when Mashiane set him through on goal but he uncharacteristically ballooned the effort wide and over.

Pirates tried to find a way back into the game but seemed to run out of ideas in the final third and didn’t really threaten Akpeyi.