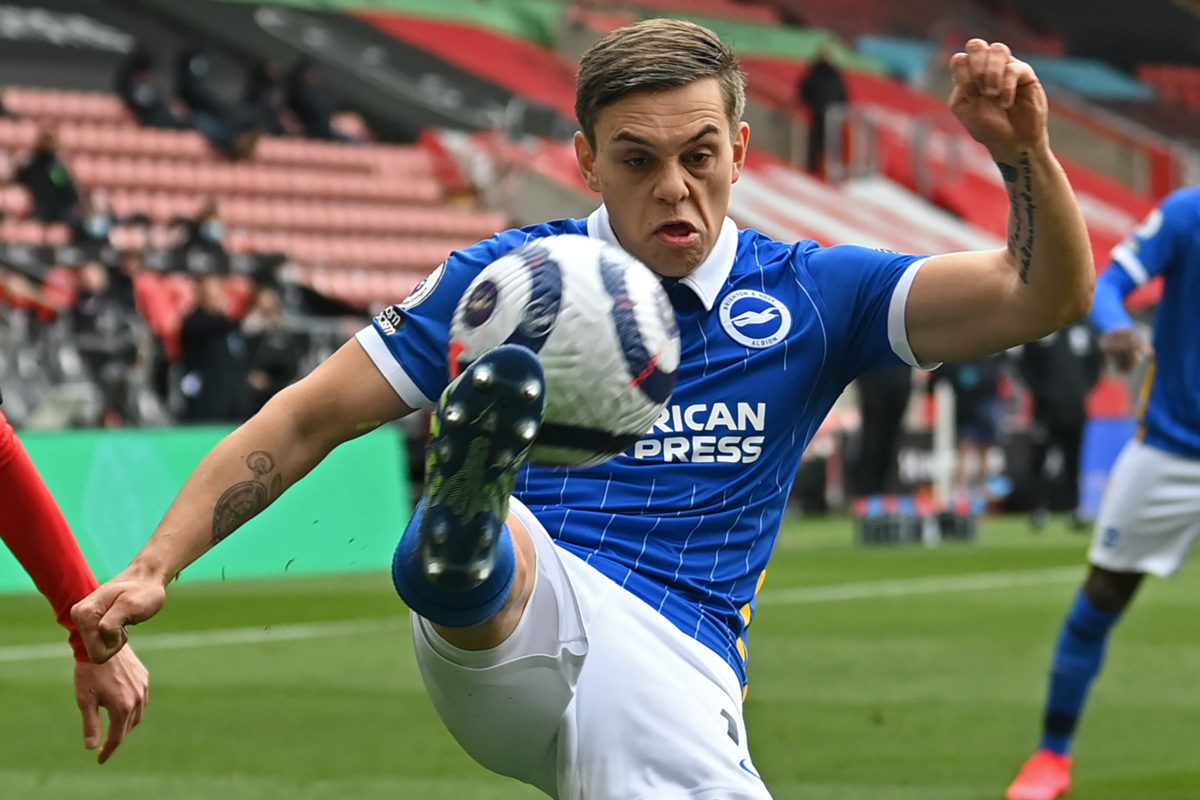 Leandro Trossard, Danny Welbeck and Neal Maupay were on target for the Seagulls as for once this season Graham Potter’s men turned their dominance into goals.

“Our performances in between the boxes have been really good, we’ve just been a bit short in the boxes,” said Potter. “The game becomes a bit easier when you score.”

Brighton had won just once at home in the league since June, but increased Newcastle’s relegation fears.

Bruce’s men remain just two points clear of third-bottom Fulham, albeit with a game in hand to come.

However, momentum is against Newcastle as they have won just two of their last 19 games.

“It’s difficult to digest at the moment. We simply weren’t anywhere near good enough on the night,” said Bruce.

“Fair play to Brighton, they were better in every department.”

The visitors also suffered the latest in a series of injury blows as Isaac Hayden was stretchered off before half-time with what looked like a serious knee problem.

Brighton took advantage of the first-half stoppage time added on for the Hayden injury as Trossard smartly brought the ball under control and cut inside before finding the bottom corner with a well-struck shot.

Ryan Fraser came closest to a Newcastle response when he hit the post shortly after the restart.

But it was Brighton who doubled their lead on 51 minutes when Welbeck followed Trossard’s example with a precise low finish into the far corner from outside the area.