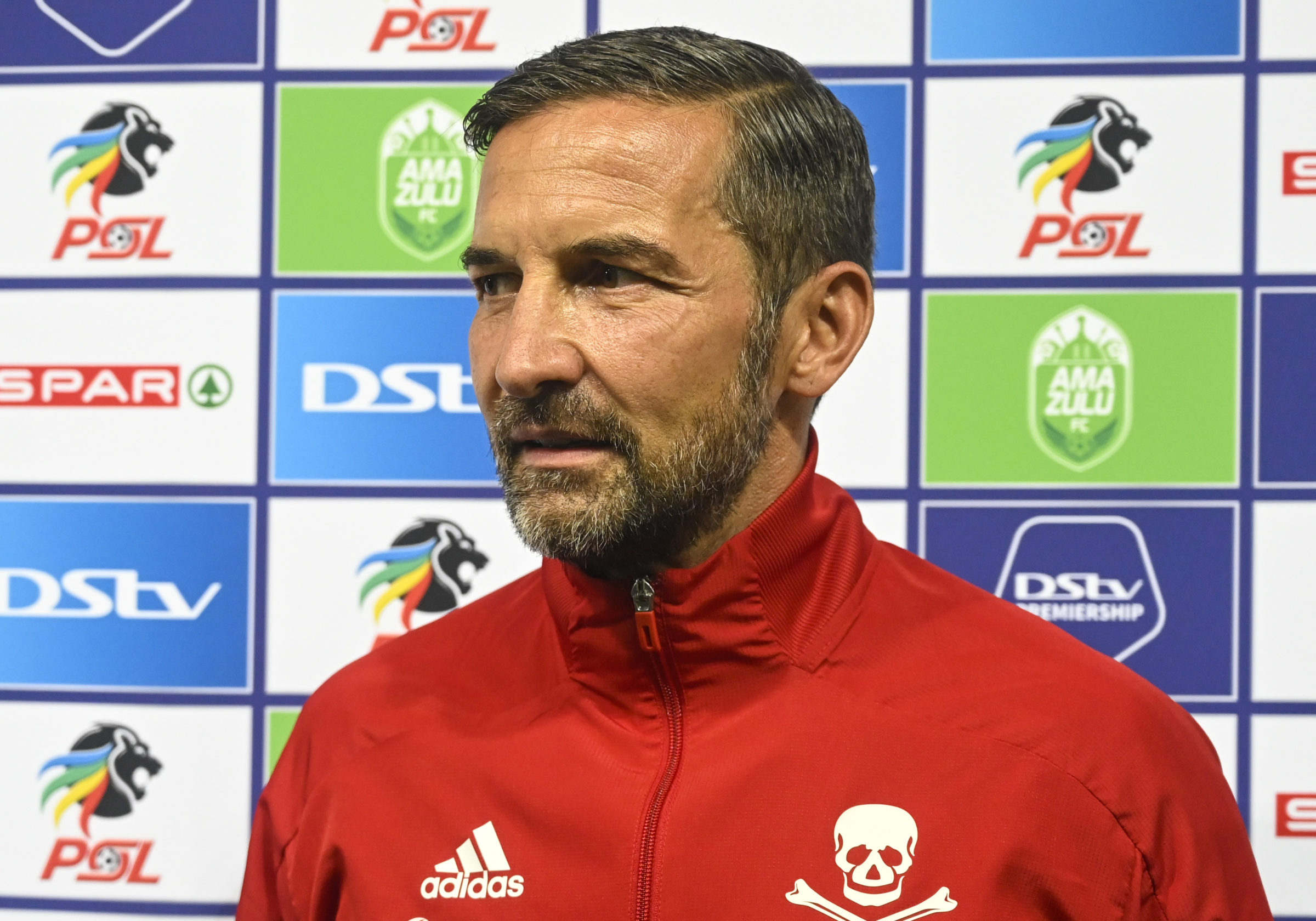 
Just over a year ago, the name Josef Zinnbauer was not popular among South African football fans, especially Orlando Pirates supporters after the German born coach was announced as the head coach of the club back in December 2019.

Before joining Bucs, Zinnbauer didn’t have any experience in coaching in Africa and to lead a big club like Pirates was questionable to many.

Months later though, the 50-year old has already been able to deliver a trophy at the Buccaneers in the form of the MTN8 earlier this season, and has went on to qualify for the quarter-finals of the Nedbank Cup and Pirates are doing well in the group stages of the Caf Confederation Cup. On Wednesday, Zinnbauer reached a milestone of 50 games in charges of the Soweto club when they beat Nigerian outfit Enyimba 2-1 in the continental tournament.

The victory against Enyimba saw the German record his 30th win for the club, having played 14 draws and lost only six times during his stint as Bucs mentor.

“I am happy about it, but it’s not my work alone. Fadlu Davids, Darian Wilken as an analyst, fitness coaches, this is the results of all these guys. The medical guys, the management and they deserve the statistics also, not me alone. I also have to thank the team, the fight for the points, they run for the points, they come back when we have a bad game and give us the win,” said Zinnbauer.

“This is the kind of team work we need to get results. As a coach I know it is not easy especially in big clubs like Pirates or any big club it is not always easy to work. I won’t forget the first time I came here. Nobody trusted me, now we fight together, we fight for each other and we work for results.”

The German coach will be looking to continue with his good record when the Buccaneers take on Kaizer Chiefs in the Soweto derby at the FNB Stadium on Sunday. Bucs have beaten Amakhosi three times already this season, but for the Bucs coach the important thing is to get maximum points this weekend.

“Firstly we have to win the game, that is the most important thing. I am happy when we win games, but we have a lot of work to do. I am not going to speak about four wins in a row, we have to play and focus on this game.”