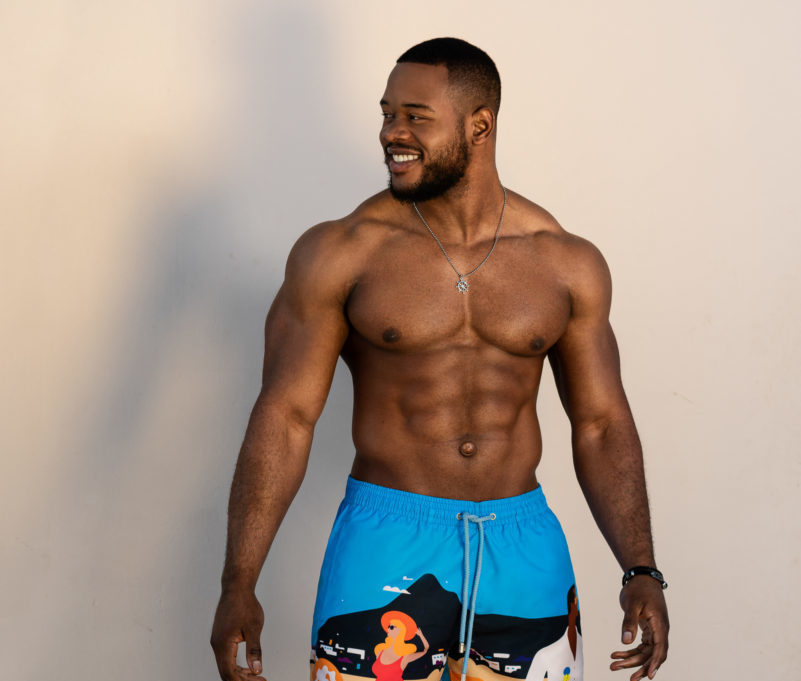 
It cannot be nice to be one of the first contestants to exit any reality game show but, Love Island South Africa’s second evictee Durang Atembe does not seem too bothered. He followed in the footsteps of entrepreneur Jay Freemantle who was the first to leave Love Island South Africa. But Durand is looking forward to resuming activity at his personal training enterprise as well as explore opportunities created through the exposure on the show. All things being equal, the twenty-two-year-old seems like he has got it all mapped out, and rearing to create a new, positive future for himself.

“I became a contestant with a sincere hope of finding love,” admits Durang. “But while the women on the show are absolutely gorgeous, and physical attraction was there, I needed something more.” However, he does hint at the fact there was an attraction to fellow Love islander Thimna Shooto who describes herself as a bikini afficionado on her Instagram profile where she also notes an interest in fitness. Common ground at least. But to Durand it is also important to be able to talk about stuff beyond just the physical, to have a personal conversation with someone who has a strong mind of her own, he says. Yet he has boasted about bedding more than 100 women, “but I am still healthy.”

The Love Island South Africa YouTube channel introduction video slates Atembe as a Cameroonian whose love language is French. But after two handfuls measured in weeks, his star turn was over, and we had not heard him say Je T’aime yet.  But it was a quick education, nonetheless. “I learnt a lot during my time on the show,” says Durang. “You are with a bunch of people, in one another’s faces twenty-four seven. So, you learn about different personalities, when to be open, when not to be open, and how to communicate.” He says that communication was his biggest take-out from the show, how to do it better and how to be truer to oneself.

“I didn’t enter the show with any kind of strategy, my only plan was to be myself. It was just to find love and then see what happens,” he adds. Meanwhile, it seems, nobody has found love except for personal trainer Asad Boomgaard who showed fellow contestant Sarah Fischer that love is a contact sport, or, how to make pizza, as they coded doing the deed. Thus far nobody else seems to have had a Regina or a Margarita on Love Island, bar this pair.

Durang says he wishes everyone emerges a winner from the show, even though the prize money would only be split by the last couple standing, so to speak. “But my real wish is that everyone should have the right connection. The couple that would say ‘I’ll go for it’. I hope that they last and remain strong. And I think it is possible to have a strong connection. It’s still early days, though.”

So, for now, Durang intends to focus on himself and his brand and to contribute and give back to communities, doing charity work. He wants to impact people’s lives positively, whether it is from within the media and entertainment industry or through his fitness brand. “I come from a place,” he says about his background, “where it was hard to emerge from difficulty.” His strong sense of giving back is evident in the emphasis Durang places on charity and its importance. “I am also open to a lot of opportunities, and to be smart about it. This is how we can change people’s lives.” Hein Kaiser is a seasoned journalist, broadcaster, producer, and marketing communication professional and has worked in a variety of markets, sectors, and countries. He presently hosts the 360 Brunch over weekends on Mix 93.8FM.