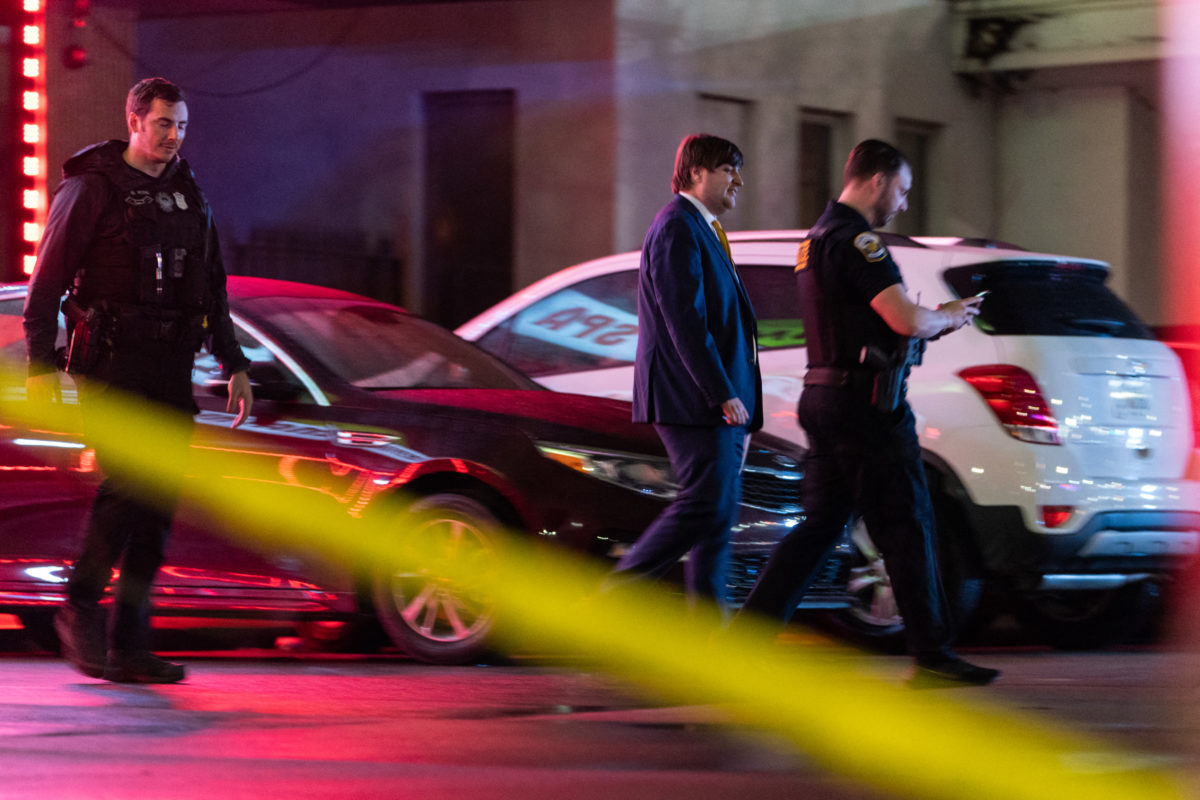 
Eight people — the majority believed to be women of Asian descent — were killed in shootings at three different spas in the US state of Georgia Tuesday and a 21-year-old white man was in custody on suspicion of staging all three attacks, police said.

The shootings came with many Asian-Americans already on edge following a recent spike in hate crimes against the community — and triggered immediate fears that Asian-run businesses may have been deliberately targeted.

Four of the victims were killed at Young’s Asian Massage near Acworth, a suburb of Georgia’s capital city Atlanta, the Atlanta Journal-Constitution reported, citing the Cherokee County sheriff’s office.

Captain Jay Baker of the sheriff’s office told the newspaper that the victims were two Asian women, a white woman, and a white man, while a Hispanic man was wounded. This handout booking photo released by the Crisp County Sheriff’s Office on March 16, 2021 shows 21-year-old shooting suspect Robert Aaron Long. – Eight people were killed in shootings at three different spas in the US state of Georgia on March 16 and a 21-year-old male suspect was in custody, police and local media reported, though it was unclear if the attacks were related. (Photo by – / Crisp County Sheriff’s Office / AFP)

Police told CNN told that all four victims in Atlanta also appeared to be Asian.

Authorities have identified Robert Aaron Long as a suspect in all three shootings.

Based on the pattern of surveillance video from the shooting scenes, Atlanta police spokesman Sgt. John Chafee told AFP: “It is extremely likely our suspect is the same as Cherokee County’s, who is in custody.”

Long was taken into custody about 150 miles (240 kilometers) from Atlanta after being caught on surveillance footage, according to the Atlanta Journal-Constitution.

“At this time, investigators are gathering information from both scenes to determine exactly what occurred and attempting to obtain confirmed information regarding the suspect or suspects,” said the Atlanta police department in a statement.

Describing the scene in northeast Atlanta, they said: “Upon arrival, officers located three females deceased inside the location from apparent gunshot wounds.”

While on the scene, officers were advised of shots fired across the street, where they found the fourth victim.

It said it was too early to confirm whether the shooting in Atlanta and Cherokee County were linked but that they were “looking into that possibility.”

The New York police department’s counterterrorism bureau said it was “monitoring the shooting of Asian Americans in Georgia” and deploying officers “to our great Asian communities across the city out of an abundance of caution,” though it added there was no known link to the city.

The shootings come as reports of attacks against Asian-Americans, primarily elders, have spiked in recent months — fuelled during the Covid-19 pandemic, activists believe, by talk of the “Chinese virus” by former president Donald Trump and others.

“Today’s tragic killings in #Atlanta reaffirm the need for us to step up and protect ALL of America’s marginalized minorities from racism,” tweeted Ben Crump, a lawyer known for representing several high-profile Black victims of police brutality in the United States in recent years.

In an address to the nation last Thursday, President Joe Biden forcefully condemned what he called “vicious hate crimes against Asian-Americans who have been attacked, harassed, blamed and scapegoated.”