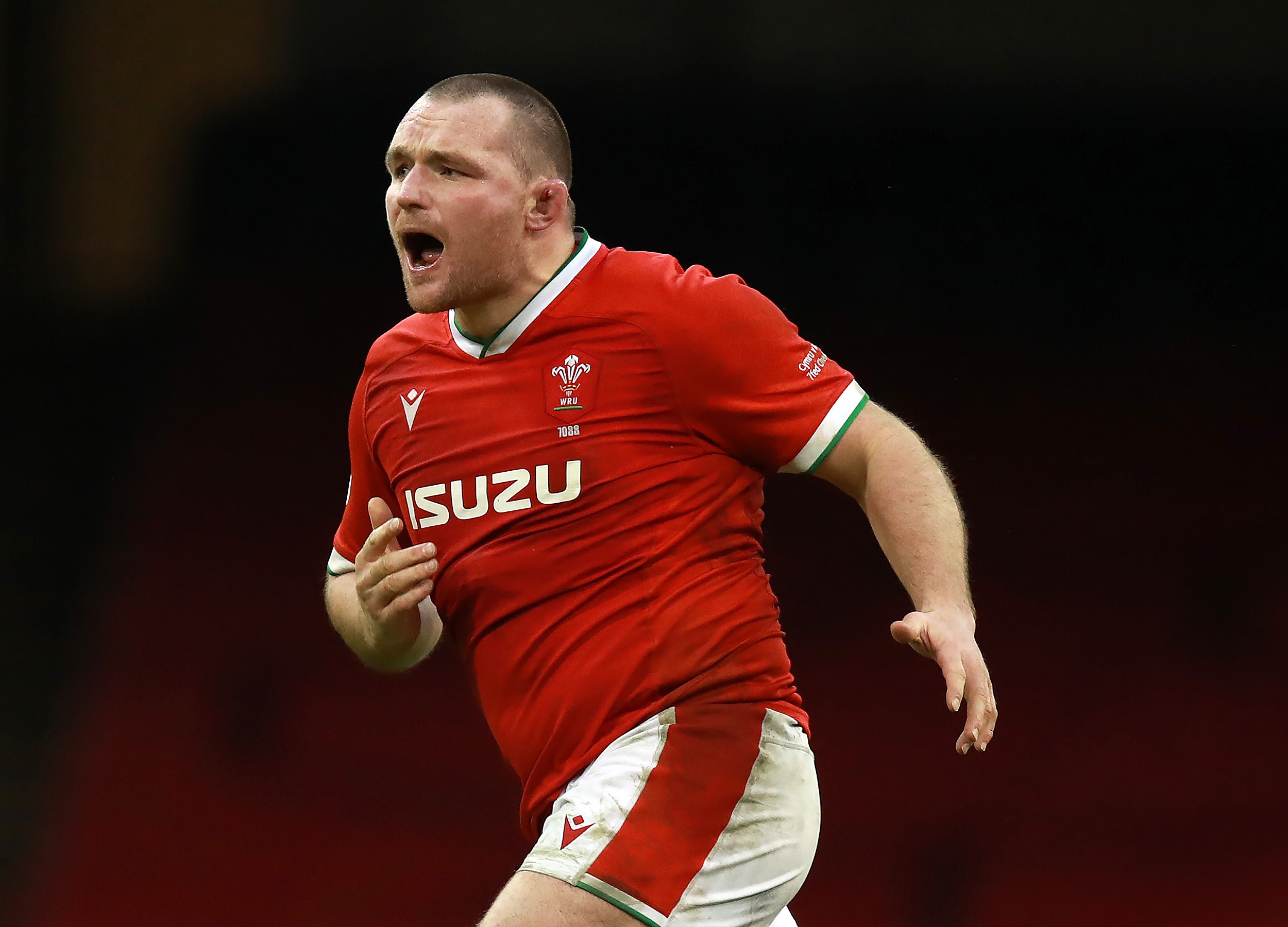 
Wales scored seven tries in a 48-7 thrashing of Italy in Rome on Saturday to keep on track for a Six Nations Grand Slam.

Hooker Ken Owens touched down twice with Josh Adams and Taulupe Faletau also crossing to help the visitors to a 27-0 half-time lead in the Stadio Olimpico. George North, Callum Sheedy and Louis Rees-Zammit added three more tries after the break.

“We were pretty clinical, particularly in the first half,” said Wales captain Alun Wyn Jones, who was winning his 147th cap for Wales, having also made nine appearances for the British and Irish Lions.

“We’re a tad frustrated with the second half but it’s a case of job done and plenty to work on.

“The excitement I feel every time I pull on this red jersey is insurmountable, so I’m looking forward to getting back to it on Monday and preparing for next weekend.”

Italy fell to their 31st consecutive defeat in the tournament stretching back six years.

“We thought Italy would pose a tough challenge and now we’ve got the victory and the bonus point we can look forward to the match in France next weekend,” hooker Owens told S4C.

“That will be a tough test and we’ve got plenty to work on before then.”

The hosts paid for indiscipline with the Welsh taking hold of the game in the first half hour.

Italy captain Luca Bigi was penalised for off-feet at a ruck with Dan Biggar sending over a penalty goal after three minutes.

Worse was to come for Bigi, however, with the skipper yellow carded four minutes later for failing to retreat 10 metres for a penalty as he hauled down darting scrum-half Gareth Davies.

Reduced to 14 men, Italy conceded 12 points with Adams and Faletau touching down for tries and Biggar converting, with Owens going over twice on 21 and 29 minutes against the young Italian side.

Wales continued the punishment after the break with Jonathan Davies taking a tackle from two Italian defenders before before a smart offload to North, who sprinted clear to touch down for his 43rd try in 101 international appearances.

Monty Ioane restored Italian pride with an individual try, gathering his own chip over Rees-Zammit and riding Liam Williams’ tackle to finish in the corner.

But Italy replacement Marco Riccioni was sin-binned after 57 minutes for a leading elbow charge into the throat of Wales’ New Zealand-born centre Willis Halaholo.

And the visitors again added two more tries with a man advantage.

Replacement Sheedy collected a pass from man-of-the-match Josh Navidi for his first try for Wales in his eighth outing with Rees-Zammit breaking through with a solo run over 80 metres to touch down.

The victory was Wales’s 16th consecutive win over Italy, their longest winning run against an opponent, overtaking a run of 15 straight victories versus France from 1908-1927.

His side have conceded 26 tries and 187 points this campaign as they are set to take the wooden spoon for the 16th time and sixth consecutive year.