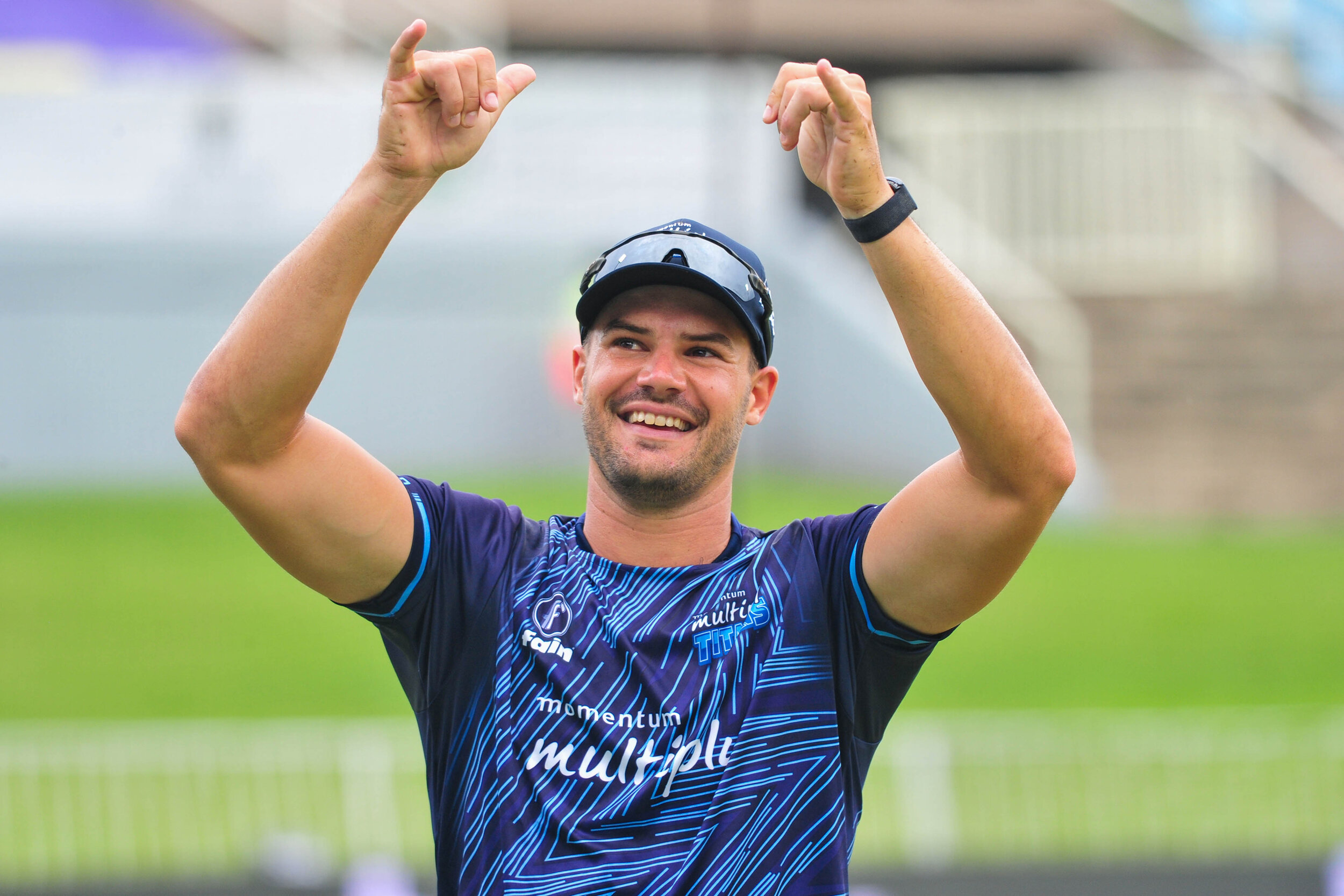 
Aiden Markram said on Wednesday that there was no sense of disappointment in being overlooked for the Proteas Test captaincy.

And the broad grin he wore when he said it was an obvious sign of relief – and instead he threw his full weight behind the leadership of Dean Elgar, saying it will carry the same hallmarks of his batting.

Markram, who lost his place in the South African side in 2019, has just regained his best form, capped by the magnificent 204 not out he scored for the Titans against the Knights in the 4-Day Domestic Series match between the pool leaders in Centurion on Wednesday.

Now that he has confirmed his place in the Test side, there had been speculation that he could be appointed as the full-time successor to Quinton de Kock.

That honour, however, fell to his Titans opening partner Elgar, who scored 90 as they shared a record first-wicket stand of 213, and Markram can now focus on churning out runs as he is doing in such prolific fashion at the moment. He is now the leading run-scorer in the four-day competition with 781 at 97.62, plus he has made 336 Test runs at an average of 56 this summer.

“There is certainly no disappointment,” Markram said at SuperSport Park on Wednesday. Dean Elgar of the Titans, in action against the Knights in Centurion on Wednesday, “beat” team-mate and fellow opener Aiden Markram to the Proteas Test captaincy. Picture: Lee Warren/Gallo Images

“My focus was not on the captaincy, it was all on whatever team I’m playing for and scoring runs for them. I’m over the moon for Dean, we have come quite a way together, he’s a great leader who sets really high standards and demands a lot of his team-mates. Between him and Temba Bavuma (vice-captain), I wish them all the best and look forward to their eras in charge.

“Dean’s captaincy is very similar to the way he bats; he never throws in the towel, he never gives up, he’ll fight tooth-and-nail for every inch.

“He expects a lot from the team and will certainly never settle for anything below-par or mediocre. The whole Titans team is over the moon for him. He adds massive value in our changeroom and that of the Proteas as well.”