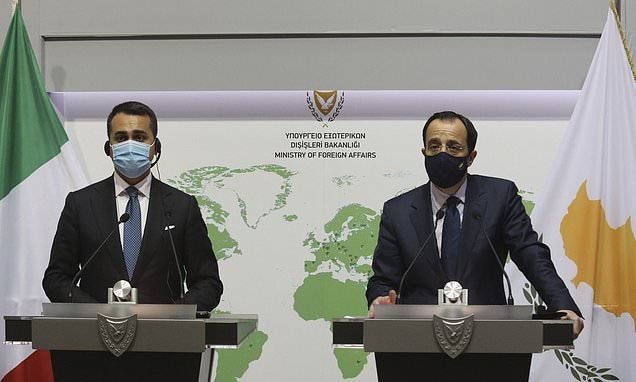 
Italian foreign minister strongly disapproves of any deal to reunify ethnically divided Cyprus that doesn´t conform to an already agreed-upon federal framework that´s spelled out in United Nations resolutions. Luigi Di Maio said he assured his Cypriot counterpart, Nikos Christodoulides, after talks that Italy “very resolutely rejects” any peace proposals that fall “outside the parameters of existing agreements and United Nations decisions.” Di Maio said he underscored his “complete solidarity” with Cyprus over “provocations and unilateral actions” that harm the island´s sovereign rights and which “cannot be tolerated.” “It must be clear that Italy stands by the side of Cyprus and Greece against any violation of their rights,” said Di Maio. However, the Italian minister said energy prospecting should promote cooperation rather than friction and said his country fully backs an EU proposal to hold a multilateral conference on the eastern Mediterranean. 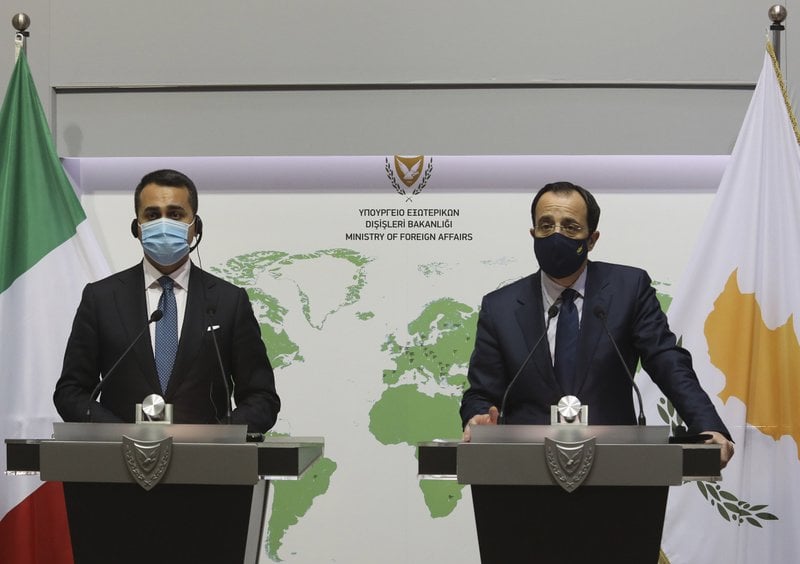