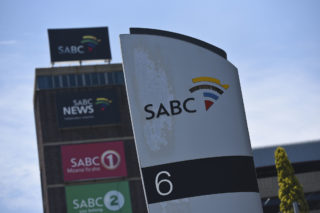 
Pay-TV operator MultiChoice has submitted to the Department of Communication and Digital Technologies its proposal that may help the public broadcaster SABC out of its financial crisis.

MultiChoice has proposed that the government do away with the “outdated” TV licence model and instead introduce a “ring-fenced public broadcasting levy, collected by Sars [South African Revenue Service]”.

MultiChoice spokesperson Collen Dlamini said they were in favour of this model because “it is in line with international best practice and has been successfully implemented in other countries”.

“Instead of using the current TV licence model and include subscription broadcasters or on-demand services to collect TV licence fees, we have proposed an alternative, workable model to fund public broadcasting.”

ALSO READ: How the SABC plans to rival Netflix and Showmax

He said that they had asked the department not to consider proposals suggesting that broadcasters collect money.

“Any proposal that subscription broadcasters should collect the licence fee is completely inappropriate and unfeasible and should not be given any serious consideration.”

Dlamini said MultiChoice was doing this in support of the country’s democracy.

“The TV licence model is outdated and should be eradicated as it has lots of problems and is completely inappropriate and unfeasible and should not be given any serious consideration.”

He said MultiChoice would continue participating in government’s policy process constructively, towards a fair and balanced policy and regulatory environment.

SABC plans to introduce an annual household levy of R265 on the eight million households currently in its TV licence billing system, according to media reports.