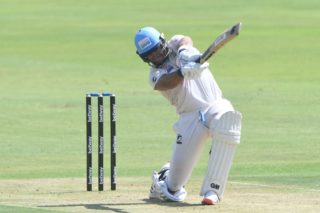 
Test openers Aiden Markram and Dean Elgar put together the largest partnership of the match thus far and wiped out the first-innings deficit as they took the Titans to 162 without loss at stumps on the third day of their CSA 4-Day Domestic Series match at SuperSport Park on Tuesday.

It was a great effort by Markram, who went to 90 not out, a 191-ball innings filled with lovely strokes, especially drives, and Elgar, who was on 65 not out and showed his typical determination to blunt the bowlers. Their partnership meant the Titans would go into the final day with a lead of 11 runs and all 10 wickets intact.

That after they conceded a massive first-innings deficit of 151, with things heading south for them badly in the hour before lunch as the Knights were able to declare on 414 for nine.

The visitors had resumed on 307 for six and the Titans again maintained a strong grip on proceedings with the ball in the first hour.

But veteran Protea Farhaan Behardien stayed cool as he fought his way to 142, a great knock against his former side in the clash between the competition’s two pool leaders.

It took a superb one-handed, diving catch by Titans skipper Grant Thomson at backward square-leg to eventually dismiss Behardien off the bowling of Lizaad Williams (30-2-103-4), but Shaun von Berg then stepped up.

Having weathered an early barrage from the Titans quicks, he showed great decision-making as he stuck around through the tough times with Behardien as they added 39 for the seventh wicket in 17.4 overs, and then attacked to score 58 not out.