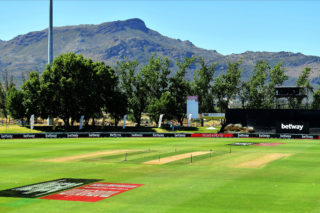 
Boland and North-West are the two teams that will join the six franchise centres in the new eight-team provincial-based Division I that will be introduced as part of the restructuring of the domestic game, Cricket South Africa announced on Monday.

The new system features automatic promotion/relegation between the divisions, but this will only kick in after the 2022/23 season.

The changes are based on the recommendations of the independent task team chaired by former Protea and ICC chief executive David Richardson, who explained the reasons for the “promotion” of Boland and North-West to the top table.

“Boland have a tremendous fan base and there is a true love for the game and cricket culture around Paarl,” Richardson said on Monday.

“Their stadium is of very good quality and they are very ambitious. They have excellent development pathways and they have contributed several players to the franchise system, while their provincial team has done consistently well.

“North-West are well-administered, they have done some tremendous infrastructure development in Potchefstroom and the university provides them with a huge opportunity to attract, develop and retain players.

“What I like the most about the new system is that there is no room for complacency; one of the biggest challenges of the franchise system was that there were no consequences for finishing sixth.”

Dr Stavros Nicolaou, the chairman of the CSA Interim Board, said the directors were confident the new structure would result in a stronger Proteas team out on the park.

“The recommendations of the Dave Richardson task team have been fully supported and endorsed by the board,” Nicolaou said.

“We need domestic cricket to be a springboard for international excellence, that was a key consideration. We believe the new structure will give us a cutting edge in terms of competitiveness and more sustainability. It will optimise our potential in terms of the development of players and talent.”