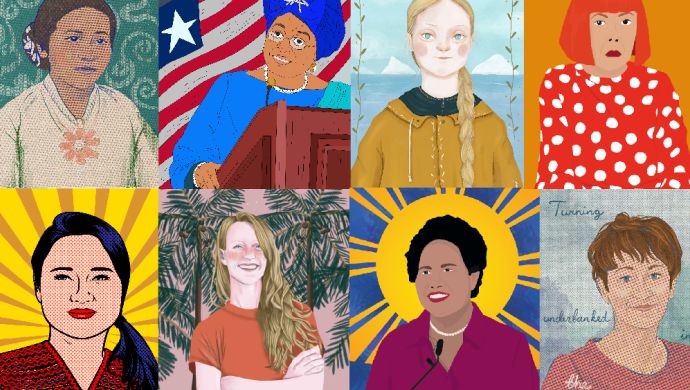 Digital banking is one of the most exciting themes to come out in 2020, and the hype will continue next year as leading Southeast Asian markets such as Singapore issued digital banking licenses to leading companies in the country.

Amidst this excitement, one startup stands out among the rest with its unique offering: Lucy.

Currently undergoing a trial process, Lucy is a digital bank platform that aims to empower women through entrepreneurship and financial inclusion. Setting itself apart from other digital banking platforms, the startup focusses on female migrant worker and home business owners as its target audience.

“Essentially, what we are doing is providing a range of very carefully tailored services to help female entrepreneurs at all socio-economic levels to start and grow their own businesses. The way we are doing this, as a digital platform, is entirely via our app. This will provide women who are lacking access to the financial services and support [with solutions] to help them grow and thrive,” Debbie Watkins, CEO of Lucy, explains to e27 in an interview.

While the company aims to expand its service to the whole of Southeast Asia, they start out with Singapore first. In addition to the country being a base for the co-founders, there are also opportunities that Lucy wants to seize in the country.

“The common belief is that everybody [in Singapore] is banked, but there are definitely segments that are unable to access the services that they actually need. They have bank accounts but don’t have access to the full range of financial services that they need,” Watkins says.

In Singapore, there are two groups that are experiencing this challenge: Female migrant workers and home business owners –from web designers to bakers.

There are about 250,000 of female migrant workers in Singapore, coming from countries such as the Philippines, Indonesia, and Myanmar. They come to the country with a dream to save enough money to start their own small business back home, but there is often situation –such as natural disasters or sudden illnesses– that force them to let go of their savings and turn to loan sharks.

The Lucy app is set to be launched in Q1 2021. In addition to using social media as part of their user acquisition strategy, the startup is also teaming up with non-profit organisations that are working closely with migrant workers in the country.

Even for those who manage to gain access to the financial solutions that they need, there is often the other challenge of understanding how to use it well. This is why Lucy also includes the educational aspect of their service.

“What people who are running small businesses really need is mentoring and peer support … because it can be quite challenging. I like to say that it can be lonely and scary to be an entrepreneur, particularly for people who have just started something by themselves. So, what we’re aiming to do is to provide them with everything that they need to succeed [in running their own business],” Watkins says.

This is especially important as Lucy’s potential customers are those that have been disappointed by conventional banking institutions before. As a solution, Lucy tries to design a platform that fits the personality and needs of its users.

Also Read: Why neobanks are better than digital banks

“What we’re doing is combining the kind of services that are tailored to the customers rather than just being some sort of generic services that banks might offer … We are also breaking down that barrier where many women feel that banks don’t really listen to them or are not a partner for them in any kind of way,” Watkins elaborates.

“Essentially, the aim is to make Lucy feel like a community … that Lucy is a person who is this kickass, fearless woman that got their back and is there alongside them, to help them succeed. I kind of like to describe Lucy as a little bit of the anti-bank. Everything that we have been doing, if you look at our website, the way our apps designed, is really designed to feel like home,” she continues.

A team of wonder women

Lucy was started by three founders with backgrounds in business, fintech, and social enterprises.

Watkins started working in a bank at only 16 years old and has built a career in the business and financial IT sectors before moving to social enterprise after a volunteer work trip to Cambodia.

Director and Co-Founder Hal Bosher had spent a decade working with the World Bank before relaunching Yoma Bank in Myanmar and co-founding Wave Money, an Ant Group-backed fintech platform.

Last but not least, Chairman Luke Janssen was previously known as the founder of Australia-based fintech company Tigerspike, which he had exited in 2017.

In September, the startup has secured a S$500,000 (US$377,000) pre-seed funding round, bringing its total funding to date to just over S$1 million (US$750,000). In line with its mission to empower female entrepreneurs, all of the 18 angel investors involved in this funding round are women based in countries from the UK to Vietnam.

It has previously secured funding from its own founders and the Savearth fund.

For its next stage of fundraising, Lucy is looking for VC firms with a strong gender perspective in its investment philosophy.