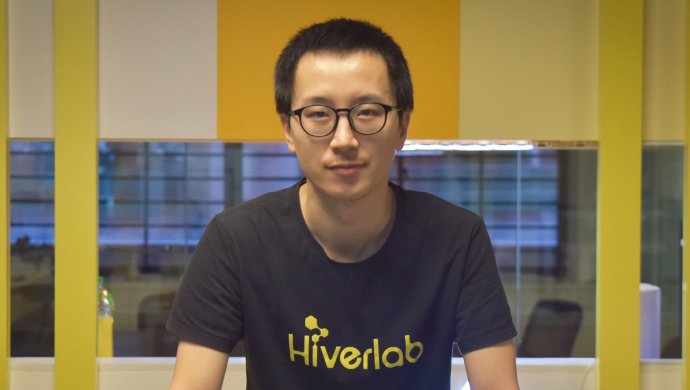 Despite counting tech giants such as Google and Microsoft among his clients, it was far from a smooth sailing for Ender Jiang as the founder and CEO of Hiverlab.

The Singaporean startup, which specialises in providing immersive technologies, hit rock bottom four years ago. It was left with only US$600 in its bank account and Jiang had to sacrifice his salary to ensure he could pay the wages of his staff.

“I was transparent with the team and told them about the situation we were facing. Despite knowing that, they voluntarily worked doubly hard to secure and deliver projects,” Jiang said as he recounted his story for e27

Determined to find alternative sources of income to support his daily needs, he took his harmonica and went busking in the local train stations in the evenings.

“While it might sound silly, this taught me an important lesson about resilience and allowed me to earn enough money for food: if you really want something, you should be prepared to do anything to achieve it,” he reflected.

Drawing inspiration from Elon Musk, who claims he only spends US$1 daily on food, Jiang was determined to persevere in his pursuit of making Hiverlab a success.

Despite cheekily admitting that busking on the streets allowed him to master the harmonica, he noted the real value lay in the fact that he learnt he was willing to humble himself and get down on the streets to achieve his dreams as a founder.

The tides turned when the company secured a project to provide an interactive installation for a major media channel in Singapore, he recalled. The period thereafter also coincided with an increased appetite from the market for immersive technologies, leading to an uptick in business demand.

“We were also saved by the eventual rise in demand for our technology. Simply put, the time was right,” he added.

Bringing immersive technologies to the masses

Today, Hiverlab is a thriving company that offers a suite of products that leverage emerging immersive technologies such as augmented reality (AR), virtual reality (VR) and mixed reality (MR).

The company’s StoryHive platform enables users to create immersive content in a no-code environment, while its RealityCast offering allows companies to create AR-powered presentations. Meanwhile, its TheHub is a collaborative remote workplace where users can visualise and work with data, paving the way for the creation of next-generation smart cities

“We strongly believe that technology should be made accessible and transparent to the general public. Therefore, our Academy works with local communities to cultivate young next-generation leaders with trans-disciplinary insights across technology, business, and society,” he explained.

The Academy seeks to achieve that through organising workshops with schools, businesses and government organisations. It has since launched initiatives across Southeast Asia and expanded to host workshops in the US, Australia and Japan.

With a wide variety of products across a spectrum of use cases, Hiverlab adopts a hybrid SaaS model for monetisation.

However, fascinated by the hivemind concept (the best innovation stems from collaboration) by WIRED Executive Director Kevin Kelly, Jiang plans to build Hiverlab into a company with a decentralised structure, whereby network concepts allow for the adding of additional nodes to expand capabilities.

“My hope remains that building an organisation like a hive will release individual passions and abilities, rather than trying to control everything in a very centralised structure,” he added.

By placing an increased emphasis on digital marketing to raise awareness of its immersive technology products and acquire new customers, Jiang shared Hiverlab is on track to double its revenue growth y-o-y. The company has also doubled its team size and opened offices in India and Vietnam.

Given the highly technical nature of immersive technologies found in Hiverlab’s products, can the company meet the increased demand without overstretching its employees and resources?

Also Read: The danger of expanding too quickly and how you can keep your tech team artificially small

Jiang was quick to dispel the myth and shared Hiverlab’s engineering teams have put in place practices to ensure the scalability of its products.

“In a nutshell, we leverage highly modular development processes to ensure the re-usability of all our code. Using this product-first approach enables common features to be developed and deployed across all our clients and partners,” he explained.

With the global consumer market for immersive technologies projected to double from its current figure of US$6.3 million by 2023, Jiang is bullish on growth prospects for VR, mobile-based AR and MR headsets.

“AR and VR have been developing slowly over decades and we expect to see more substantial pushes in the technology from some of the major global technology companies over the next few years, which will further raise awareness of the segment in both the enterprise and consumer segments,” he noted.

True to his prediction, Microsoft recently released its Mesh platform, where long-distance co-workers can collaborate as if they are in the same room, using augmented reality glasses and cloud computing power.

Besides having an impact on the tech sector, Jiang also sees immersive technologies improving workforce productivity in sectors including logistics and engineering.

“The ability for more technical industries like engineering to combine creative ways of visualising projects will bolster productivity, while also ensuring that graduates entering the workforce are able to work with the latest technologies,” he remarked.

Having bootstrapped Hiverlab since its inception in 2014, Jiang lives by the mantra of being financially prudent and stresses the importance of balancing profitability and growth. As part of efforts to expand in the region, the company received an undisclosed amount in funding from local investor Optimal Investments in 2018.

Despite its comfortable position today, the company is not resting on its laurels. With plans to establish themselves as Asia’s leading immersive technology platform, Hiverlab is eyeing an entry into the Middle East markets, on top of the establishment of offices in India and Vietnam.

“We know that tech companies such as Apple are looking to develop AR and immersive technology products, and we want to be part of that trend or multi-year “supercycle” in this emerging category. The time now is ripe for AR, VR, and MR, given the global move to 5G,” Jiang signed off.

The post How Ender Jiang of Hiverlab went from busking to providing AR solutions for Google appeared first on e27.