From our community: The fate of Google and Facebook, learnings from a fintech founder and more…. 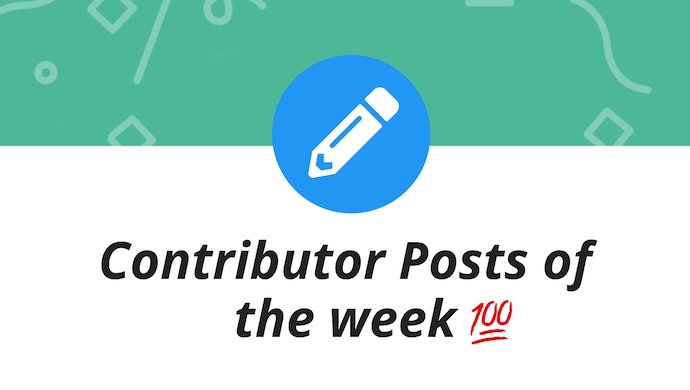 The newsroom war in Australia heats up with tech giants like Facebook and Google. Social media, news and content as we know it are going through a fundamental shift. Read our contributors take on this debacle.

This week we also have a lot of founders sharing their learnings before and after the pandemic and how to look after your employees.

Read on! And feel free to share your views with our community via the Contributor Programme.

Google and Facebook: Can we put the genie back in the bottle? by Dean Carroll, founder of C-suite

“A war is raging on the Australian media scene. At the behest of the Oz government, Google has agreed to pay publishers for their content – which the search engine in effect sells advertising against.

Facebook, on the other hand, has decided to remove any media companies that employ professional journalists from its platform in Australia; thereby avoiding having to pay said publishers for their content (which Facebook also used to sell advertising against) under the proposed new rules.

Two very different responses to increased government regulation. No doubt other countries will follow with their own versions of this legislation, which is yet to be officially ratified by the way. It will be fascinating to see how things play out globally. There is already talk of the UK and European Union adopting similar laws.”

How technology can influence the beauty and cosmetics industry by Kay Banzon, fintech and security enthusiast

“But as consumers are now ready more than ever to embrace technology in their day-to-day lives, notably through the increasing usage of smartphones, the boundaries between the virtual and real-world become more and more blurry.

For example, wearable technology is becoming increasingly available to the majority, and beauty companies can no longer afford to be on the sidelines. Beauty companies are starting to realise that technology should be at the forefront of their strategies, making it an integral part of their products.”

From one entrepreneur to another

What it takes to succeed as an entrepreneur in a competitive startup landscape by Benjamin Wong, co-Founder and CEO of Transwap

“People often ask me what the right age to start one’s journey as an entrepreneur is, or if it is important to first get a lot of working experience. My answer would always be, learn from others first and strike out on your own once you are ready.

Of course, this raises the question of how to know you are ready. Unfortunately, that is a decision that nobody else but you can make. Ultimately, it is the leap of faith.

However, I have learned some things that have been pivotal to my success, through my own experiences and from the experiences of others before me. To help others who are on their entrepreneurial journeys, here’s what I’ve learned about being a successful entrepreneur.”

What I learnt while building a startup that’s reshaping the traditional wealth management industry by Sebastian Sieber, founding team at Syfe

“I would like to share three learnings from my journey so far as a founding member of digital wealth management platform Syfe, which I hope will inspire anyone with aspirations to start their own venture in the space as we move into a post-COVID world.

In an environment where the value of savings in a bank account gets eroded over time because of rising inflation and low-interest rates, placing a part of your income into investments – which deliver higher returns over the long-run – has become a necessity.

While “having enough for the future” is a major financial need for everyone, traditional wealth management services have always been geared toward serving the high-net-worth – or approximately only five per cent of the population.”

5 ways that will help SMEs scale even amidst a pandemic by Morgan Browne, CEO and Founder of Enterpryze

“Led by the International Trade Center, survey shows that two-thirds of micro and small companies show that the crisis strongly affected their business operations along with one-fifth of those businesses on the brink of shutting down for good in three months.

But even faced with challenging circumstances, there has been no shortage of SMEs that continue to be resilient amidst the turbulence.

Enterpryze has had the opportunity to support these SMEs working to rebuild, scale and manage their business better through our accounting solutions. As an organisation that works closely with founders, micro-business owners, and entrepreneurs — we continually pay close attention to the challenges that these very same business owners face.

In this article, we’ll break down five of the most common challenges that SMEs have faced along the road to recovery and how to overcome them effectively in a most crucial time.”

However, even this first step is not that easy for many who are new to using modern smartphones and do not even have email accounts.

Ideally, using blockchain-driven fintech services should approximate the experience of using cash, wherein there is a universal or at least a national medium of exchange that can be used anywhere. A person only needs to get the fund then use it to buy items at stores or pay for services.”

Take care of your employees

How can you build an employee-first company? by Dileep Gupta, Chief Delivery Head at Appinventiv

“Nowadays, businesses are not evaluated based on their efficiency and products. For example, Google is not only a search engine. It’s a company whose employer-first goodwill makes people die to work for them.

You should treat your employees as customers who are the first critic of your brand. The approach includes performing several tasks such as targeting your employee persona, creating a strong value proposition, and engaging in online communication.

Always treat your employees exactly as you want them to treat your best customers!”

An online world without passwords. Will you embrace it? by Andrew Shikiar, Executive Director and CMO, FIDO Alliance

“Companies are trying to make passwords more secure, through measures like mandating complex passwords and regular resets. However, this has also led to passwords becoming difficult to manage, and even less secure especially with poor password habits such as making minor variations to the same password, and reusing the same password on multiple accounts.

An online security survey conducted by Google, for example, showed that two in three people recycle passwords. As credential theft continues to rise, such habits magnify the threat of an account takeover, as just one leaked password can put all other accounts at risk.”

The post From our community: The fate of Google and Facebook, learnings from a fintech founder and more…. appeared first on e27.