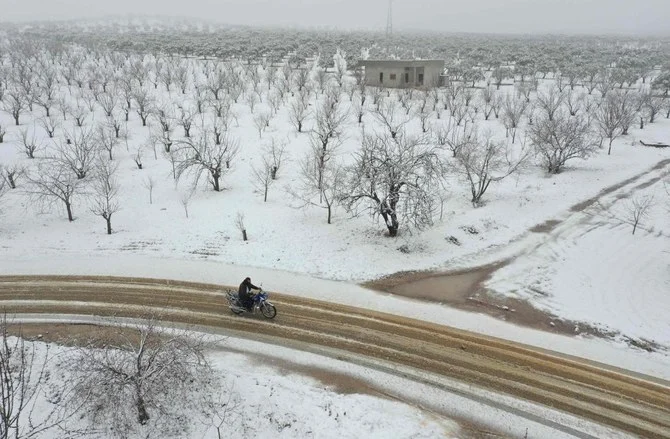 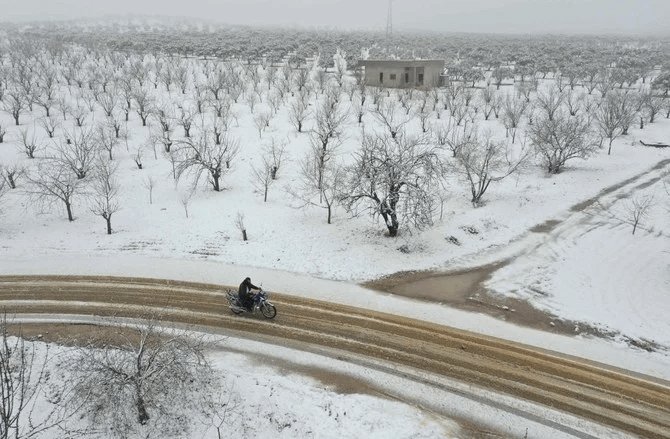 Snow blanketed parts of Syria, Lebanon, Jordan and Israel on Wednesday, covering areas it has not reached in years, disrupting traffic and postponing vaccination campaigns against COVID-19 and even exams at some universities.
It snowed for the first time in years in Marjayoun in southern Lebanon, and in Bayda in northeast Libya.
Gale force winds knocked out electricity in vast parts of Lebanon, forcing many Lebanese, already used to power cuts, to rely on generators for longer hours. Rescuers pulled four motorists out of their snow-covered cars, the National News Agency said.