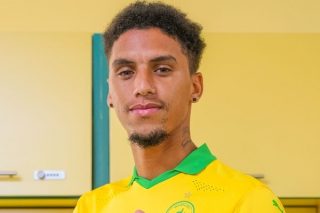 
A team like Mamelodi Sundowns is probably the only team who got the best deal when they acquired the services of Rushine de Reuck. The center-back was on the radar of many clubs including Orlando Pirates.

The Pretoria outfit got the Cape Town born player on a five-year deal. The signing of De Reuck was crucial for Downs, with the club having tragically lost Anele Ngconca and Motjeka Madisha after the pair lost their lives in two separate car accidents.

Another club that probably got the best of out of this window has to be Cape Town City, with the signing of Justin Shonga. The Zambian international and former Orlando Pirates striker was signed from Tshakuma Tsha Madzivandhila.

Shonga has proved to be a lethal goal-poacher, especially at the national team where he is one of the trusted goal-scorers.

The striker is definitely going to add value at the Cape side with his experience.

It’s no secret that the experiences of De Reuck, Sanoka and Buchanan will be missed at the club with the players having played quite a vital role at the team over the last years. However, they will be hoping their new signings bring in some fresh mentality and impact at the club.

Looking at the rest of the transfers, Chippa United brought midfielder Thamsanqa Sangweni back at the club while also bringing in Athini Jobwadana.

AmaZulu only made one transfer getting Zukile Kewuti on loan for the rest of the season from Cape City.

At the north of the country, Tshakuma Tsha Madzivhandila managed to add another player into their squad by securing Khanyisile Mayo.

Meanwhile, other teams weren’t active during this window, while Amakhosi served their last transfer window ban and will be able to make signings at the end of the season.