What to binge on TV – The Citizen 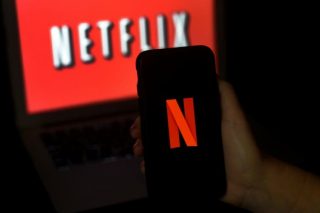 
What happens when the apocalypse is not a third world war, but climate change? Everything is frozen and humanity’s only salvation is a train, called Snowpiercer, that circles the globe in the hope that temperatures will rise someday, and of course, that people will survive to tell the tale. Added to the recipe a first-class section with the rich folk, second class carts for the highly affluent with a third where labour is housed. At the tail of the train, a mishmash of stowaways who broke their way onto the train. Snowpiercer is a layer cake of narratives and stories with themes that are quite familiar at times, a-la Animal Farm, and a variation of The 100 and a host of other survivalist stories– but it is so well done, beautifully shot and performed that viewing is riveting and bingeworthy.

Snowpiercer is a serialized version on Netflix of the 2013 Czech-Korean coproduction of the same name, based on the graphic novel Le Transperceinaige by French artists Jacques Lob and Jean-Marc Rochette. Jennifer Connelly leads the cast of Snowpiercer, two seasons in with a third being added, episode by episode, weekly now. Highly recommended.

The imagination of M. Knight Shyamalan popularized the phrase ‘I See Dead People’ when his Sixth Sense hit the big screen more than 2 decades ago. His subject matter always somewhat darker than popcorn, Himalayan executive produces and directs the Apple TV Plus series The Servant. The story follows Sean and Dorothy Turner who hire a young babysitter called Leanne. This, to look after their lifeless reborn doll, Jericho, after losing their infant to a tragedy. The doll was introduced into the family as a tool to snap Dorothy out of a catatonic state following the real baby’s passing. A reborn doll is a manufactured baby doll created to resemble a real, living child as closely as possible. Leanne is a curious character, played by Nell Tiger Free (Game of Thrones) and Sean becomes suspicious of her.

The Servant makes for nail-biting watching with season 3 currently being added. It is only thirty minutes per episode, but the pace of storytelling and plot twists and turns means getting up to pour a drink is near impossible, unless you pause it. And you would not want to. The only downside of the show is its limited availability as not everyone has Apple TV, but limited Android and Smart TV access is available, too.

Something to look forward to, that is, if bikini and board-short cladded beautifully toned bodies being naughty is your bag, is Love Island South Africa. The show launches on 28 February on DSTV and by the looks of it, the reality series will serve up the same sex, sunshine, and codswallop in-between that its UK and Australian versions, both available on Showmax, delivered to audiences. It is a dating show, it is coupling up and bodies beautiful. It may make us all feel like we must return to the treadmill a thousand times over. But Love Island is fun. It is ambient television at its best and missing an episode would likely only result in a slight gap between who is doing who and who dunnit before. It is really an excuse to serve up some eye-candy with a great measure of innuendo.

Something quite opposite, well scripted and performed with strong storylines, are some of the Spanish language shows currently available on Netflix. If you have not seen Money Heist, dubbed into English with near invisible lip-syncing, is one of the best shows available on streaming now. It is a story in four parts, broken into episodes of around 10 per season, and when the curtain falls on the final instalment, all you want is more.

There is a band of criminals, collected, trained, and coordinated by ‘The Professor’ who go on to stage two of the greatest heists, thought impossible, of Spain’s equivalent of the Mint and later, it’s gold reserves. Saying any more would spoil the show. It is that good.

When it comes to women’s prison shows, nobody can deny that Orange Is The New Black has led the charts for almost a decade. But, the story of Macarena in the Spanish women’s prison thriller Locked Up (Vis-à-vis) is somehow colder, harder, more provocative and feels more real. The Netflix Spanish series is subtitled, but the action so constant that reading the dialogue becomes part of the experience and quite unnoticeable.

Macarena goes to prison for a white-collar financial crime. Once behind bars, she is confronted by corrupt prison officials, bullies, and gangs. Macarena’s foe and ultimate ally, Zulema can be likened to a prison ‘godmother’ whose ice-cold ruthlessness is spine-chilling. Locked Up is a dangerously addictive series with four seasons available. But, be warned, this is not typical Americanised candy floss pretty. Locked Up is brutal and goes beyond the surface, interrogating the narratives that brought some of the women to their present incarcerated state.

Ranked in terms of binge worthiness, watch the shows in this order. Start with Moneyheist, follow it up with Locked Up and enjoy The Servant and then Snowpiercer for dessert. When you are busy with WhatsApp’s and on social media and just want some background noise with bubblegum-sexy, click on Love Island South Africa. Hein Kaiser is a seasoned journalist, broadcaster, producer, and marketing communication professional and has worked in a variety of markets, sectors, and countries. He presently hosts the 360 Brunch over weekends on Mix 93.8FM, writes for the Citizen and consults to various companies on a strategic level.