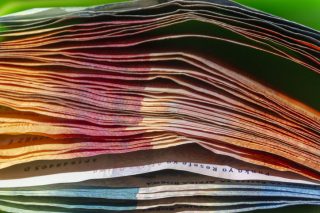 Last week, three elephants were killed after they escaped from the Hluhluwe-iMfolozi Park and ventured into a nearby community.

Two of the elephants were herded back into the park, but the three had to be put down because they had ventured too far out.

“We used our helicopters to push the two animals back into the park, but when we tracked down the other three, they were already about seven kilometres into the community.

“If we were to push them back into the reserve with our helicopter, it could have posed a threat to the community members because elephants tend to run in a zig-zag motion,” said Mntambo.

The conservation authority’s Acting CEO, Ntsikelelo Dlulane, said they needed a multi-million rand cash injection to protect both the surrounding communities, and wildlife from poachers.

“In some cases, the fences have been deliberately damaged by people from surrounding communities. We need to find a way to detect interference before the damage to our fences occurs.”

“The recent culling of at least three elephants comes after the fence in question was again breached by the herd – an issue which has become an almost daily occurrence.

“Whereas management failures are certainly to blame for the poor fencing, sources have also indicated to the DA that certain members of local communities are deliberately cutting the fence. This in an attempt to both lure animals out of the park to be poached, and to gain fence repair work opportunities.”

This article was republished from Zululand Observer with permission