Boucher wants ‘brave’ Proteas to be more proactive – The Citizen 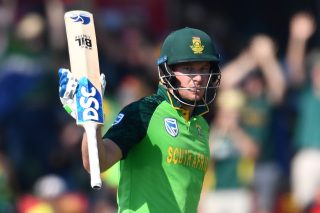 
Proteas coach Mark Boucher said he was pleased with the bravery of the South African batting line-up despite their faltering performances in the T20 series which saw them crash to 65 for seven in the decisive third match on Sunday and ultimately lose by four wickets.

The Proteas made a match of the third T20 in Lahore thanks only to David Miller’s tremendous 85 not out off 45 balls, one of the best innings of his long career, taking them to 164-8.

Miller’s defiant knock was South Africa’s second half-century of the series, with opener Reeza Hendricks being the only other batsman to pass 50. Miller was also the only Proteas batsman to score more than 100 runs in the series.

“We’ve played some good cricket this series, been in strong positions but just not been able to pull it off,” Boucher said.

“The second game (which they won by six wickets) is the brand of cricket we want to play. We showed more intent, especially with the bat.

“We need to be more proactive and not reactive. We need the bravery we showed in that second match.

“Today we needed to be smarter, although we were in trouble and we still managed to get a decent total. We were in the game until the last couple of overs, but losing four wickets in three overs in this game put us under lots of pressure.

“But David Miller played a great knock and it was good to see him back in the runs.”

The fact that South Africa remained in the game, defending 165, was largely thanks to the outstanding spin bowling of Tabraiz Shamsi, who took a career-best four for 25.

After needing 47 off the last five overs, however, when Shamsi finished his four overs, Pakistan sped to victory with eight balls remaining and batsmen seven and eight at the crease.

And it is not an isolated incident because over the last couple of years South Africa have conceded the second-most runs in the last four overs of T20 Internationals.

“We’re bowling a lot of yorkers in training and the death bowling is something we continue to work at,” Boucher said.