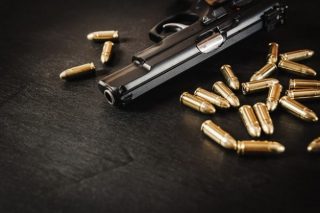 
Waiting for a firearm licence application? You’ll now have to wait up to 120 working days because the pandemic and firearm amnesty period have caused severe delays in the application process.

The delay will now see applications completed in 120 working days, instead of the usual 90 days.

“The surging Covid-19 pandemic… has resulted in unexpected consequences on the service delivery front,” Naidoo said.

“SAPS members are operating at reduced capacity in order to mitigate the spread of the virus. In the event a positive case is detected, buildings are also evacuated for purposes of decontamination, adding to the delays.”

The firearm amnesty period, which was declared from 1 December 2019 to 31 May 2020 and later extended to 31 January 2021, has also compounded the delays in the licence renewal process, Naidoo said.

“Applications for licences in respect of surrendered firearms during the amnesty period compounded the situation after the total number of firearm licence applications increased by more than 80% for the duration of amnesty,” he said.

“Applications for licences in respect of surrendered firearms requires an entirely different process to that of a normal renewal of licences which inevitably prolongs the turn-around time for their finalisation.”

The delays mean the turnaround time for a firearm licence application is more than the normal 90 working days, and police have now extended the period to 120 days, Naidoo said.

“Firearm licence applicants are therefore requested to please exercise patience and allow SAPS to do due diligence in administering these applications.

“An assurance is given that everything possible is being done to process these applications within the new 120 working days turnaround time,” he said.