‘Singapore isn’t ready for mass adoption of EVs yet; hybrid may be better for the present’ 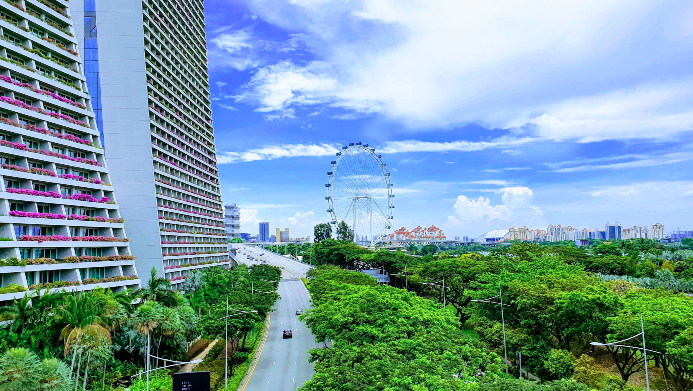 Days ago, Tesla listed 11 new job positions for the Singapore market on its website, giving strong hints about its impending foray into the country and sending the island’s electric vehicles (EV) enthusiasts into jubilation.

The development also brought cheers to those who already own a petrol/diesel cars in the country, as they can now look to switch to a more economical option — when Tesla starts commercial production.

At present, there are only about 1,000 electric cars on Singapore’s roads, meaning the adoption of EVs is very slow, which is attributable to inadequate infrastructure — all across the island, there are only 1,800 charging points.

Is this enough for the mass adoption of EVs?

“Singapore’s present infrastructure is not enough for the mass adoption of EVs,” opined Goh Hak Wei, Director and co-founder of LiRON LIB Power, which is focussed on the design, R&D and manufacturing of rechargeable Lithium-Ion batteries. “We can see that there is a growing number of EV charging stations — for example, at certain shopping malls, condo and car parks — but these are not enough.”

Kelvin Tay couldn’t agree more. He is, however, confident that Singapore’s plan to set up 28,000 electric charging stations by 2030 could be a game-changer.

“On October 14, Minister Ong Ye Kung had stated in Parliament that the Land Transport Authority (LTA) was reviewing the current plan with other agencies, including incorporating the significant effort of commercial entities to build up the EV charging infrastructure, with a view to bringing down the EV per charging point ratio,” added Tay, MD and Future Mobility and Advisor to CEO at Goldbell Corporation, which recently acquired electric car-sharing startup BlueSG.

“We foresee the industry picking up within the next three to five years and growing rapidly from the fifth to the tenth year when plans such as the installation of charging infrastructure in HDB and URA car parks start to bear fruit,” he noted.

In Singapore, the supply of EVs is not an issue, as many major automakers are launching a large variety of battery EVs over the next few years. “Once the “range anxiety” or “charging anxiety” issues are taken away with a combination of opportunistic fast charging and slow charging at home or at your workplace, the barriers to entry for owning an electric vehicle will go away,” he said.

Singapore in a unique position

When it comes to the EV industry, Singapore actually sits in a very unique position — while the market is too small, it greatly benefits from being a small country.

“One of the major drawbacks of EVs is the relatively short-range and the scarcity of charging points,” said Tong Hsien-Hui, Executive Director, Venture Investing at SGInnovate.

This, however, is relative. Given that the average range of a fully charged EV is about 250km, the average driver in Singapore can drive for more than four days (based on a national average of 55 km per day) between charging.

Although there are only around 1,000 electric cars on the roads today, there is a strong push to increase this number to around 200,000 by 2030.

In his perspective, the real reason for the slow adoption of EVs has to do more with the cost, lack of awareness and education on the benefits of EVs, as well as the physical constraints which limit usage to within Singapore only.

“For example, before COVID-19, many Singaporean drivers liked to drive across borders to Malaysia, an activity that would not be possible with an EV, given the lack of charging points and greater distances in Malaysia,” Hsien-Hui reasoned.

The mindset needs a change

Having to break habits and mindsets are amongst the biggest inhibitors to technology adoption.

China, which is the market leader in EVs, managed to overcome such barriers through national policies, subsidies, infrastructure investment and disincentives. Countries that want to make this push towards EVs will have to adopt similar approaches, although it is easier said than done.

“The biggest mindset barrier is the fear of not having a charging station available when the car runs out of power. This can be alleviated by installing more charging stations and greater education about the reliability of the battery packs. In my opinion, Singaporeans are pragmatic people. If an EV is cost-effective, looks attractive and comes with many cool features, then getting them on board the EV bandwagon will not be too difficult, as long as the infrastructure to support it is available,” noted Hsien-Hui of SGInnovate.

Echoing a similar view, LiRON’s Hak Wei said he believes people are more open to exploring EVs, but it will definitely have to go hand-in-hand with the costs, policies and infrastructure. “We as consumers will definitely look at the costs and also the convenience (e.g., infrastructure and charging station) and other aspects like safety, reliability and practicality. As a new battery company based in Singapore, we see interest growing, not just from EV companies but e-mobility companies as a whole.”

There is a mindset change needed for a driver used to driving a petrol/diesel-powered car to switch to an EV, according to Tay. While it was possible to drive until the tank is almost empty and then find a petrol station to top it up to full tank within five minutes, this is not a sustainable way to use an EV.

The ideal way to use an EV is to charge only ‘when needed’. In a country like Singapore, there is no need to bring the EV battery to full charge all the time if you’re travelling an average of 50km per day (currently around 20-25 per cent of full range for the EVs in the market). If every user is trying to bring the vehicle to fully charge all the time, it would not be possible to maximise the use of charging infrastructure.

“A shift in behaviour is needed to prevent ‘hogging’ of charging stations. If your vehicle is already at full charge, and it is still plugged into the charging station, you are depriving someone else of the opportunity to charge. It would take time for people to get used to EVs but I believe that the mindset/behaviour change will happen eventually,” Tay elucidated.

Hybrid is the way forward

LiRON’s Hak Wei feels that while the government is doing a lot for the industry, it can do more to promote EVs. However, given the limited infrastructure and space, it will be challenging as well as costly.

“I believe looking at ‘hybrid EV’ will be one way that we can move from the internal combustion engine (ICE) vehicle to fully EV. ‘Hybrid’ without the need for a charging station will help consumers get used to electric without worrying about infrastructure. I guess the government can start from the hybrid models first (which we can see more on the road these days) before transiting into full EV down the road,” he said.

SGInnovate’s Hsien-Hui also believes ‘hybrid’ is the way forward for the time being. “What the government is to perhaps focus on education as the concerns — real or imagined — remain the key barrier to decision making by individuals. Perhaps a push towards hybrid cars might be a good intermediate stage, rather than pushing for Singaporeans to make a direct jump from an ICE to EV,” he commented.

Taking a different view, Goldbell’s Tay said: “The key in Singapore is that more than 80 per cent of the population lives in housing development board (HDB) flats. So, as long as we can increase the number of charging stations in HDB car parks, a large part of the battle is won.”

Also Read: Goldbell acquires BlueSG, to invest US$52.3M in the e-car sharing firm over the next 5 years

“What I would hope to see is some form of regulation which mandates that all private condominiums need to have a certain percentage of electric charging stations because of one major barrier: even if 10 residents in a large condo project want to buy an electric vehicle, it would be impossible for them to do so if the Management Corporation Strata Title (MCST) does not approve the installation of these stations,” he said.

Can Singapore catch up with China in EV adoption?

According to Kuo-Yi Lim, Co-founder and Managing Partner at Monk’s Hill Ventures, it will be hard for Singapore to catch up with China.

“I think EV adoption is harder in Singapore given we currently do not have the market size compared to China and other markets who are adopting EVs at a more significant size. At the same time, we believe that EV adoption is increasingly important for a more sustainable future. Climate change and clean energy are global concerns, and we should all be a part of it,” added Lim.

Climate change is a global concern and every developed country is taking steps to fight this menace. For Singapore or any other country for that matter, recognising the importance of EVs and their role in a more sustainable future is important. For the island nation to move closer towards carbon neutrality, collaboration among government agencies, the community and investors will be needed.

It is heartening to see Singapore leading the way, which will hopefully inspire other South and Southeast Asian countries to give more importance to clean energy initiatives.

The post ‘Singapore isn’t ready for mass adoption of EVs yet; hybrid may be better for the present’ appeared first on e27.