Goldbell acquires BlueSG, to invest US$52.3M in the e-car sharing firm over the next 5 years 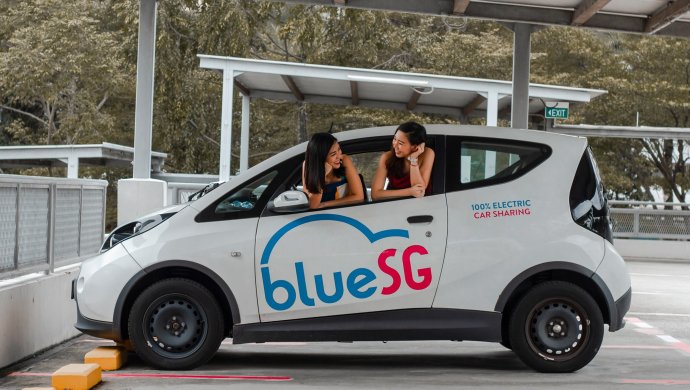 The group expects the acquisition to be completed before this August, and claims it will help accelerate BlueSG’s development and expand its operations to other smart cities across the Asia Pacific region.

Earlier, The Straits Times reported that Goldbell was in advanced talks to buy BueSG.

Goldbell intends to expand BlueSG’s business and technical capabilities with investments north of S$70 million (US$52.3 million) over the next five years. This will include expanding its current fleet of more than 650 vehicles, establish an R&D centre and develop new mobility algorithms, analytics and technologies.

As the acquisition is expected to be completed within the next six months, the daily operations will still be managed by the current parent, French transportation company Bolloré Group, until Goldbell officially takes over.

Existing electric vehicle charging infrastructure of carparks and chargers will be managed separately under the retained ownership of Bolloré.

Goldbell said the acquisition will have minimal impact on operations and employees of BlueSG.

Launched in 2017, BlueSG is Singapore’s first electric car-sharing services established as part of the Singapore Economic Development Board and Land Transport Authority’s national-level initiative. The company claims it has since processed over 1.7 million rentals with 100,000 subscriptions sold.

“Our investment in BlueSG is a result of a long-term focus on the future mobility space and reflects the Goldbell approach to insight-driven investing. We are committed to working closely together as a team to develop innovative technology solutions that will support Singapore’s car-lite and energy-powered mobility vision,” said Arthur Chua, CEO of Goldbell Group.

According to Goldbell, BlueSG’s acquisition is in line with its “Twin Engines for Disruptive Growth” strategy — which combines the company’s domain knowledge in the industrial vehicle leasing and distribution market with venture building and investing models to “accelerate innovation”.

Goldbell also runs a global accelerator programme aimed at incubating startups in the areas of mobility, transport and logistics. Termed Move.SG, the programme is supported by Enterprise Singapore and is the nation’s first mobility-themed accelerator.

The post Goldbell acquires BlueSG, to invest US$52.3M in the e-car sharing firm over the next 5 years appeared first on e27.